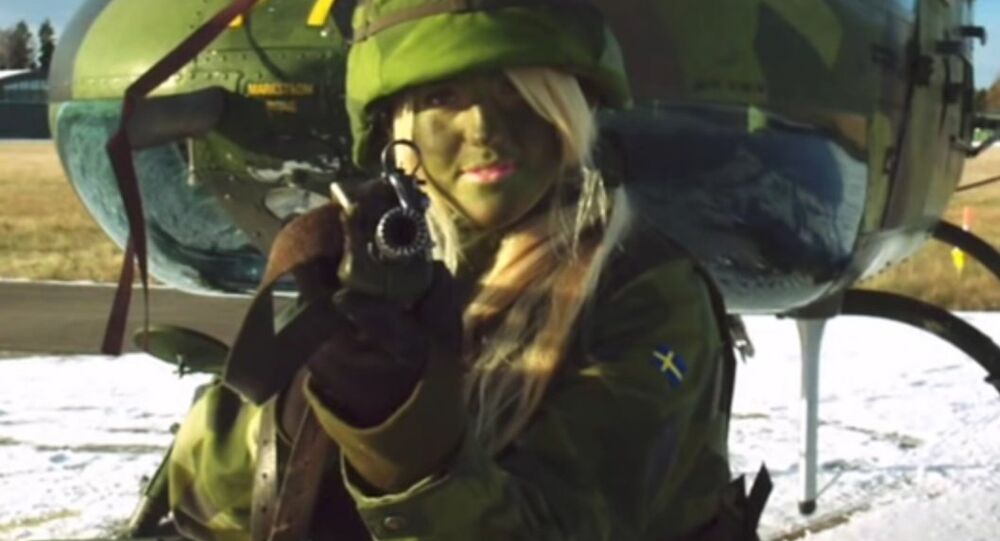 Less than a decade after scrapping conscription, Sweden may see a return to compulsory military service, this time for both men and women, in an attempt to beat the vanishing staff numbers in the military.

© Flickr / Metziker
Gender-Neutral Norwegian Army Welcomes Its First Female Recruits
Sweden's Social Democrat-Green government launched an inquiry in order to propose a re-introduction of the gender-neutral draft, Swedish newspaper Svenska Dagbladet reported. The new model is expected be a softer version of Sweden's former draft system, as only several thousand people from each year group will be drafted into compulsory service. In addition, people will be able to volunteer for military service.

Swedish Defense Minister Peter Hultqvist acknowledged as far back as in 2014 that the government was considering a return to a conscription army in order to beat severe staff shortages. In a parliamentary debate in spring, Hultqvist stressed that the defense could not handle recruitment on a voluntary basis. Earlier this year, the Swedish Armed Forces were reportedly short around 7,500 soldiers, sailors and officers (more than a third of the total organization). Understaffing has been a severe problem in the past few years, despite large recruitment campaigns with television ads and billboards.

​According to former member of the parliamentary defense committee Annika Nordgren Christensen, Sweden has been inspired by its fellow Scandinavian countries. Earlier this year, Norway welcomed its first female recruits who were drafted according to the new gender-neutral program, championed by Defense Minister Ine Eriksen Søreide

"The task is to find out how we can create a voluntary system which could possibly be combined with service duty, as they have in Norway and Denmark," Nordgren Christensen told Svenska Dagbladet.

© Photo : Facebook/Al-Azharskolan
Equality Gone Wrong: Sexual Apartheid in Swedish Schools Becomes Reality
Sweden had conscription for all males for the whole 20th century, before finally ditching it in 2010 under the center-right government, led by the Conservative Party, with only a three-vote margin. Before the draft was ultimately abandoned, the compulsory service obligation was reduced to ten months.

During the 1980s, the Swedish Army had a size of around 180,000 soldiers, with 85 percent of Swedish males entering military service. The end of the Cold War saw massive staff cutbacks, which, together with the abandonment of the draft system led to a dramatic shrinkage. Today, the Swedish Army only numbers some 20,000 active soldiers, of them 84 percent men and 16 percent women.

​Earlier this year, a survey carried out by pollster Ipsos on behalf of Swedish daily newspaper Dagens Nyheter, revealed that 72 percent of Swedes would support conscription, as opposed to 16 percent of respondents who said it was a bad idea.

According to the Svenska Dagbladet, the government report is expected to suggest that all Swedish 17-year-olds should next year fill out a questionnaire for future recruitment in the Armed Forces, whereupon the selected teenagers will be advised to enroll.