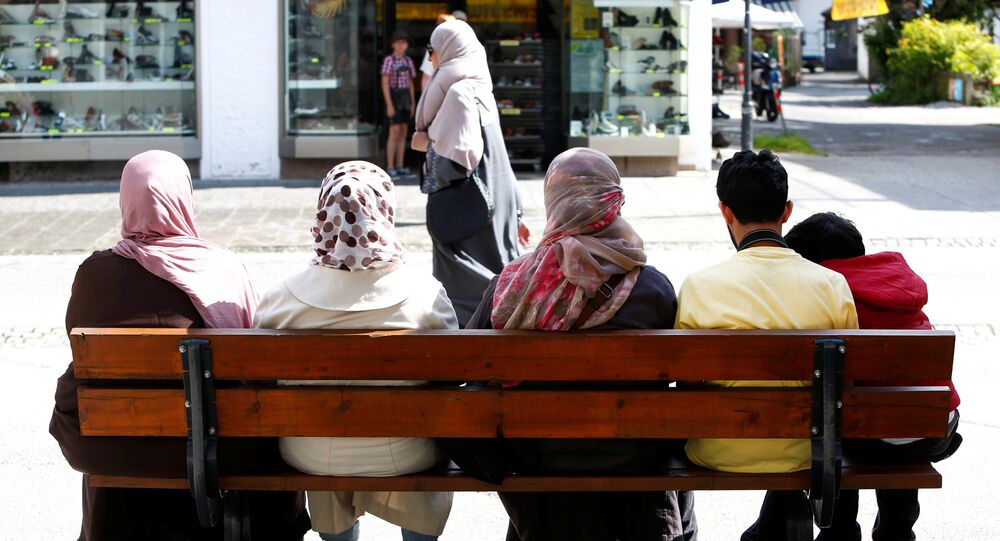 Majority of the public (57%) support a ban on wearing the burka in the UK, whilst just 25% are against outlawing it, according to the poll.

MOSCOW (Sputnik) — The majority of UK residents, 57 percent, would support burka ban in the country, a poll revealed Wednesday.

"New research from YouGov suggests this would be a popular policy with a majority of the public (57%) supporting a ban on wearing the burka in the UK, whilst just 25% are against outlawing it," the survey carried out on August 24-25 among 1,668 adults revealed, according to the pollster.

© East News / Jon Enoch
Majority of Swiss Support the Burka Ban
Among other findings is the fact that the burka ban support is greater among older respondents, with 34 percent in favor among those 18-24 years and 78 percent among those of 65 years and older.

The approval of burka ban is also universal when political affiliation of respondents is taken into account. UKIP voters showed the largest support for the ban with 84 percent, followed by the Conservative Party voters with 66 percent. Labour Party supporters and Liberal Democrats gave 48 percent and 42 percent in favor, respectively.