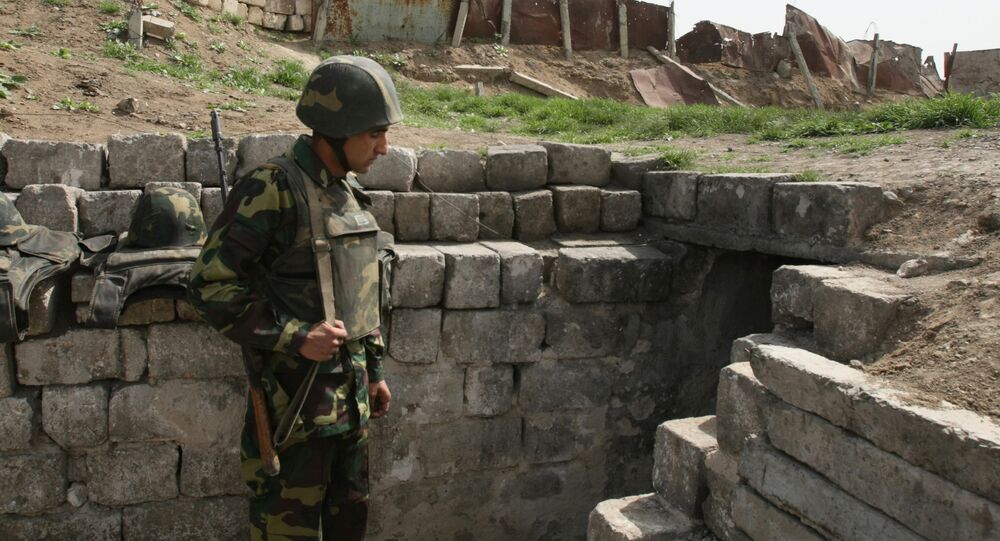 "Consultations among the co-chairs of the OSCE Minsk Group with the participation of Russia's Igor Valentinovich Popov are planned for September 8 in Moscow," Zakharova told reporters.

The meeting is expected to review the implementation of agreements reached at the May 16 summit in Vienna and the June 20 summit in St. Petersburg, she added.

© Sputnik / Karo Saakian
Azerbaijan Reports 24 Ceasefire Violations in Karabakh by Armenia Over Last 24 Hours
Azerbaijan's Armenian-dominated breakaway region of Nagorno-Karabakh proclaimed its independence in 1991. After the military conflict ended in 1994, Azerbaijan lost control over the region. Violence erupted in Nagorno-Karabakh on April 2, 2016 and led to multiple casualties. The parties to the conflict signed a Russian-brokered ceasefire on April 5, but mutual accusations have not stopped so far.