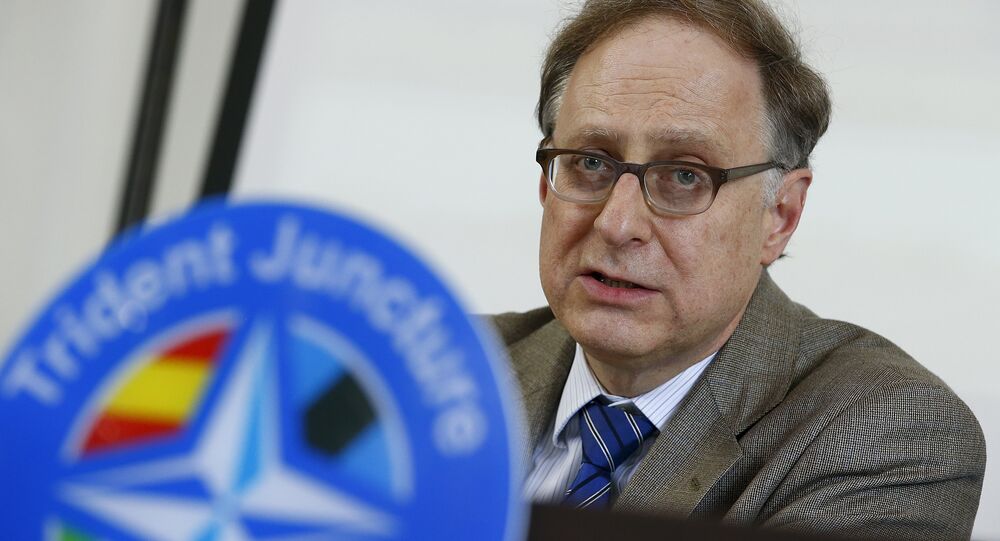 NATO Deputy Secretary is set to arrive in Helsinki on September 1 to meet with top Finnish officials.

© Flickr / US Army Europe Images
Finland Paints Russia Black and Inches Closer on NATO
MOSCOW (Sputnik) — NATO Deputy Secretary General Alexander Vershbow is set to arrive in Helsinki on September 1 to meet with top Finnish officials and to take part in a panel discussion at the Finnish Institute of International Affairs, the Alliance said in a statement Wednesday.

"On Thursday 1 September 2016, NATO Deputy Secretary General Ambassador Alexander Vershbow will participate in a panel organized by the Center on US Politics and Power at the Finnish Institute of International Affairs in Helsinki," the statement reads.

According to the statement, Vershbow is expected to deliver a keynote speech at the event.

"In Helsinki, Ambassador Vershbow will also have meetings with the President of the Republic of Finland, Mr. Sauli Niinistő and representatives of the Ministry of Foreign Affairs and Ministry of Defence," the statement added.

Vershbow's visit comes after in May, Finland took part in NATO ministerial talks in Brussels for the first time ever.

In July, Ilkka Kanerva, the chairman of the Finnish parliamentary defense committee, said that Helsinki was considering to hold a referendum to decide whether the country should join the military bloc.

Later in July, Finland along with Sweden, who have long adhered to the policy of neutrality, took part in the NATO summit in Warsaw as non-aligned states.