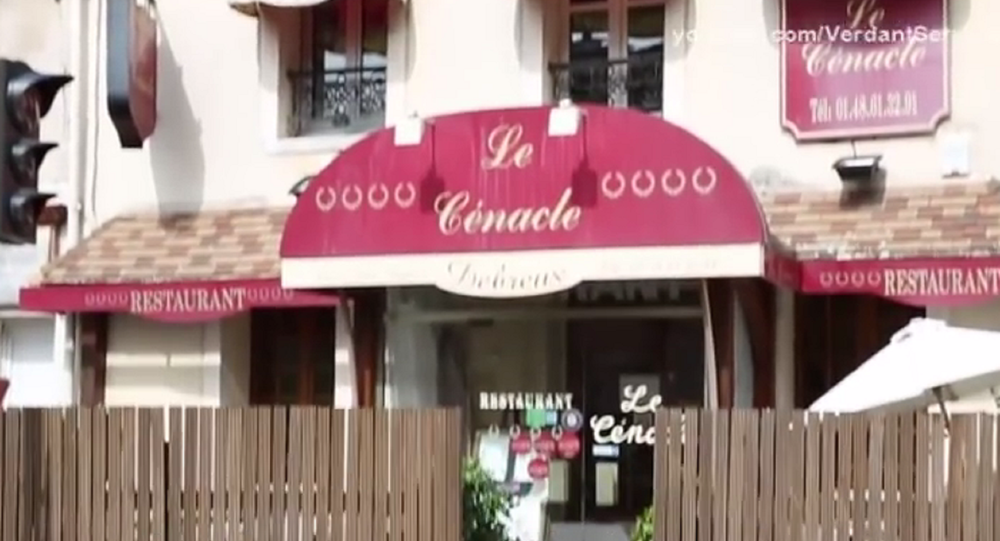 A chef in France is under investigation for suspected racial discrimination after two women were thrown out of a restaurant by a belligerent owner loudly proclaiming that all Muslims are terrorists. One of the women recorded the incident using her smartphone.

Jean-Baptiste Devreux, the owner-chef of Le Cenacle, a restaurant in Tremblay-en-France, is seen approaching the women and demanding, “I don’t want people like you in my place… Get out,” during an encounter on Saturday.

“Racists are not thugs, racists like me, they don’t kill people,” Devreux says as he flips the women off.

The women remained calm as they were berated by Devreux in the upscale establishment, asserting clearly that they would not have come if it had been clear that Muslims were not welcome.

One of the women, identified only as “Sarah,” made a subsequent video responding to the treatment of her and her friend. Her face does not appear in the video, to protect her identity.

Sarah explained that after a waitress offered them water, Devreux stepped out and informed them that “Le Cenacle” is a biblical name, and that the establishment is Christian and anti-Islam.

© AFP 2021 / Olivier Morin
Anti-Muslim Hate Crimes in France Triple Amid Rising Tolerance Levels
As the incident unfolded, and before she started recording, Sarah explained that she turned to other customers to ask them if they were hearing what Devreux was saying to them. One woman shrugged and the man who was with her defended the chef.

Sarah explained that after he left they called the police and waited for them to arrive. As they waited, Devreux reportedly came back and told them that if he served them, he would poison them.

“He said, ‘if I serve you I will poison you,’” Sarah alleges. Her friend then began recording. She stated that she was not sure which was more hurtful, Devreux’s hateful words or the silence of other customers.

Devreux subsequently appeared on French television on Sunday and apologized for his behavior, after France’s minister for women’s affairs, Laurence Rossignol, called for criminal sanctions against him.