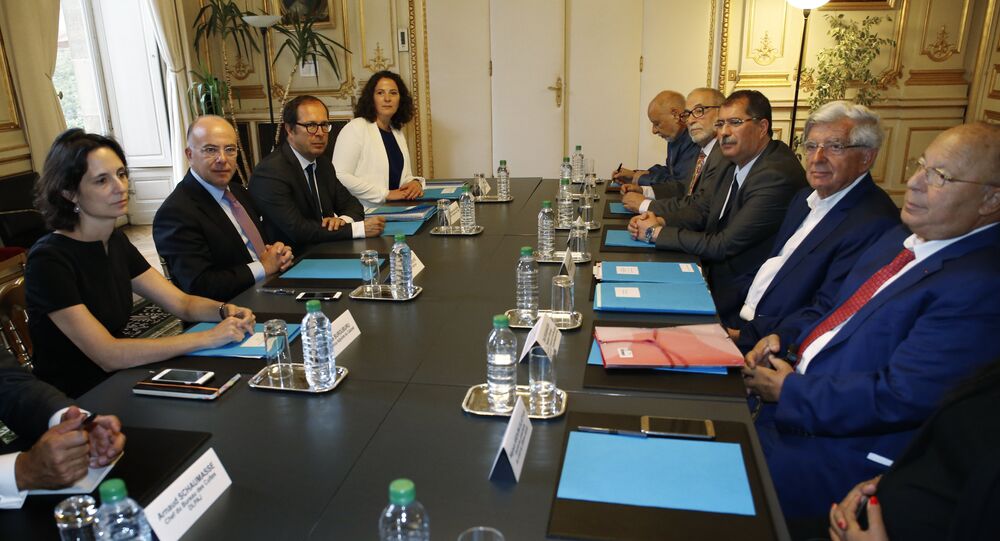 France, which suffered four bloody terrorist attacks in less than two years, is attempting to restore balance within the country and calm the public opinion that currently borders on Islamophobia.

Abdallah Zekri, Secretary General of the French Council of the Muslim Faith, told Sputnik that the minister admitted that the recent row involving a ban on Islamic female swimwear burkini must be finally laid to rest. He also added that Cazeneuve and the Muslim representatives in attendance also discussed the creation and future activities of the new Islamic foundation which will hopefully help improve relations between France’s Muslim community and French society in general.

"We asked him to ensure that political parties stick to politics and stop constantly talking about Islam and Muslims, because the uneasy time of elections is nearly upon us. And I’m pleased to see that the rightists are already split. Let them split further, let them leave Muslims and Islam alone. Let the French Muslims be at least a little bit respected – they’re French citizens, even more so than some of the others," Zekri declared.

He also said that French society apparently has weakened under all of the pressure it has been subjected to lately, and that people should stop focusing their attention on Islam at the expense of other important issues.

"I would like the upcoming election debates to be focused on the economic crisis, social crisis, moral crisis, unemployment and France’s financial problems, instead of focusing on Muslims, hijabs, burkas and pork-free school menus. I want people to stop using Islam to cover their weaknesses, to conceal the obvious failure which is currently being experienced by France’s political parties," Zekri surmised.

Sarkozy Ramps up Immigration Rhetoric: 'You Must Be French'