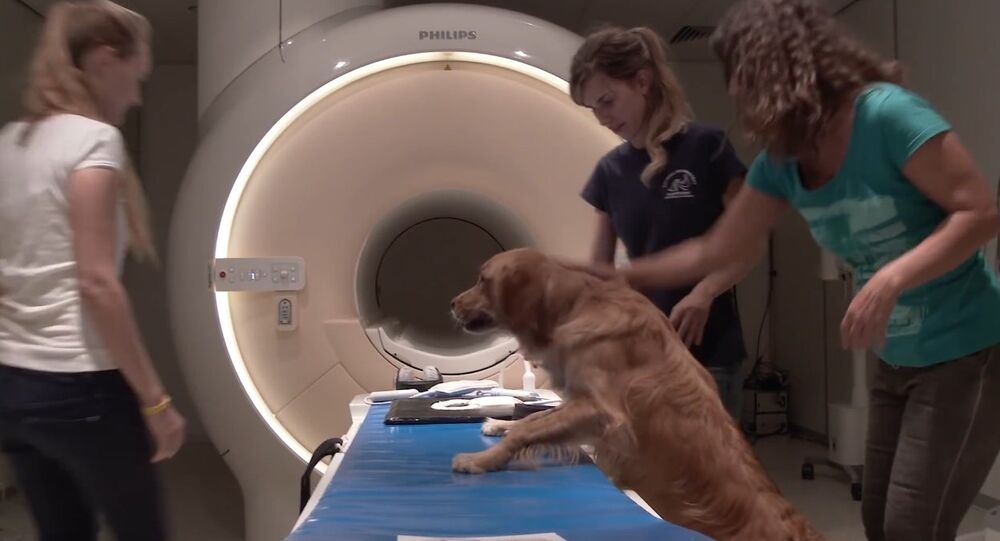 Scientists Prove Dogs Really Do Understand What We Say to Them

In many intelligence tests, dogs are always rated as reasonably clever creatures, especially when it comes to interacting with human species. Dogs truly understand our kind words based on what we say and how we say it, reports the Science journal.

It definitely cheers you up, when you can tell your dog what a tough day you had.

© Flickr / Allan Ajifo
Scientists Prove That Your Brain is Actually Smarter Than You Are
Researchers at Hungary’s Eotvos Lorand University, led by Attila Andics, recruited 13 dogs of different breed from age one to 12 years old for the experiment. Dogs were trained to lie still on a magnetic resonance imaging (MRI) machine for a couple of minutes, while scientists measured their brain activity.

Later, dogs were given recorded word combinations to listen to. The series of words included both neutral and praise words, where some were pronounced in a high-pitched positive tone, while other words said with a neutral intonation.

As a result, when dogs heard positive words such as “well done,” regardless of intonation, their brain activity heightened up in the left hemisphere, which is responsible for understanding language. This is similar to the human brain processes.

However, dogs separate intonation from words, and process intonation in the brain’s right hemisphere.

The brain study also revealed that dogs respond best when they hear positive words spoken in a rewarding tone.

Andics found that  dogs separate what we say from how we say it. In addition, they can combine both and interpret what the owner words meant t in a correct way.

In addition, the study showed that dogs and humans relied on similar neural networks needed to understand speech. These ancient functions existed in humans before language evolved, which then led to formation of speech.

Dog Has Profound Reaction to Own Reflection