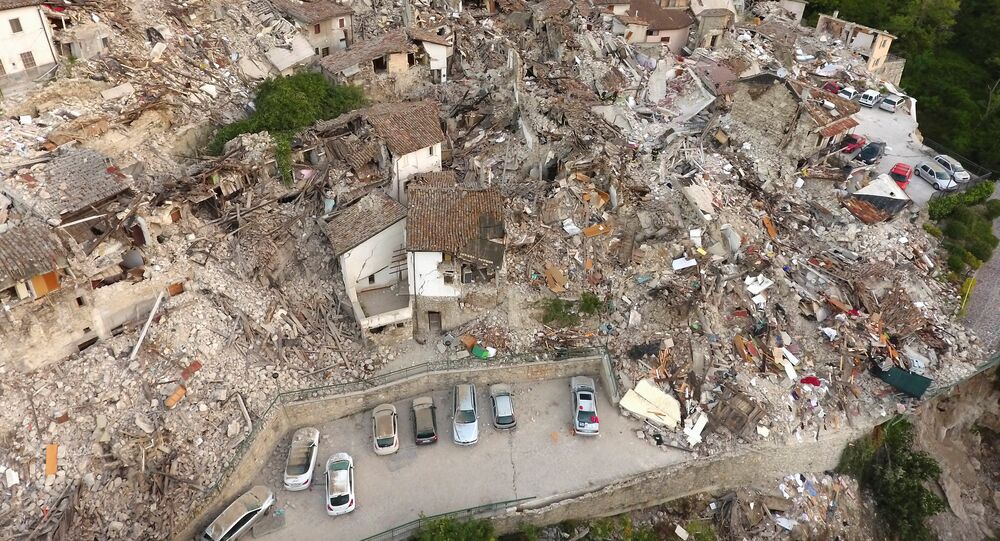 Russian Rescuers to Arrive in Earthquake-Hit Italy on September 5

Russian rescuers team will arrive in Italy on September 5 to manage earthquake consequences.

© REUTERS / Max Rossi
Russian Emergencies Ministry to Provide Italy With Assistance Amid Earthquake
MOSCOW (Sputnik) — A team of Russian rescuers will arrive in Italy on September 5 to assist in clearing the debris after a powerful earthquake hit the country, Italian Ambassador in Moscow Cesare Maria Ragaglini said on Tuesday.

On August 24, a 6.0-magnitude quake shook central Italy, causing damage across numerous towns and resulting in the deaths of over 290 people. The earthquake was followed by multiple aftershocks.

"A special crew of Russian rescuers will arrive to Italy on September 5 with all the necessary equipment to participate in rescue and reconstruction operations," Ragaglini told reporters at the ceremonial opening of a book of condolence in the Italian embassy in Moscow.

According to the Italian diplomat, Russian rescuers will collaborate with teams from the Italian Civil Protection Department.

On Monday, Russia's Emergencies Ministry said it had sent a task force to Italy at Rome's request to assist with reconstruction after the earthquake.

Russian Emergencies Ministry to Provide Italy With Assistance Amid Earthquake