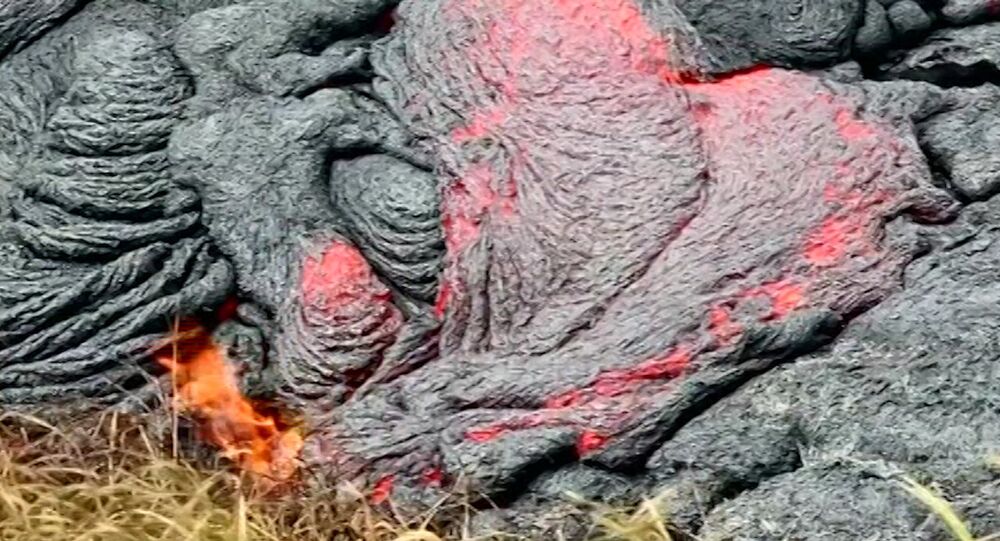 Katla, one of Iceland's largest volcanoes, was rocked by two abnormally strong earthquakes Monday morning, raising concerns that the volcano may soon erupt.

© Photo : Webcams de Mexico
Mexico Volcano Gets Cloud Halo During Eruption
The southern-Iceland volcano has not erupted since 1918, and scientists believe that a violent release is long overdue. From AD 930 to 1918, there were twenty large-scale eruptions documented by Katla, generally every 13–95 years.

In the early hours on Monday the area was hit by magnitude 4.5 and 4.6 quakes, similar to movements it experienced in 2011.

"It is quite a dynamic situation now, in the next hours and days following this, but as we speak at the moment we do not see any signs that there is an imminent hazardous unrest about to happen," Matthew Roberts, a natural-hazards scientist at the Icelandic Met Office told Reuters.

© Photo : Youtube/Sputnik
Say Cheese! Kilauea Volcano in Hawaii Smiles
The nearby Eyjafjallajokull volcano erupted in 2010, creating so much dense ash that it shut down a large area of airspace for nearly a week.

Interestingly, the volcano is covered by a large icecap, which would likely delay the eruption for around 60 to 90 minutes, according to Roberts. The delay could give people time to evacuate and assist air traffic control in redirecting aircraft.

The ice cap itself presents hazards, though.

“The other hazard might be a jökulhlaup, or glacial outburst flood. Melting from the summer within the Myrdalsjökull icecap and that meltwater can accumulate until it spills over as a flood of water, ice, and debris. These have occurred often and do not need to be associated with any volcanic activity,” Wired explained.