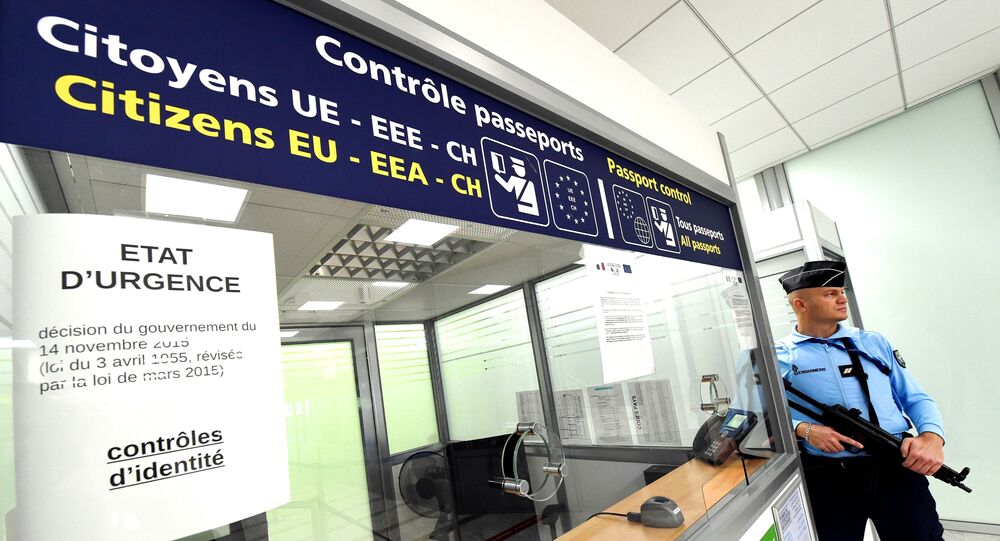 Travel From Syria to France: 3 Minute Border Check With ‘No Questions Asked’?

Damien Rieu, a French government official, describes to Sputnik how loose the border security is in France, despite recent terror attacks and the ongoing civil war in Syria.

Rieu, deputy PR director of administration for the French city of Beaucaire, is a member of the National Front party, and also works for an organization called SOS Chrétiens d'Orient (SOS Christians of the East).

He regularly travels to Syria, and with his biometric passport, Rieu enters the Schengen zone in just 3 minutes, after returning from what is now the world's most dangerous country.

"I am a bit surprised that every time I go to Syria, nobody questions me, no body checks me, when I return home. The flight is not direct, though, it goes through Beirut or Algiers, but that doesn't change things: there's Nusra [Front], Daesh supporters in Libya, and it's not that hard to cross the border with Syria," Rieu told Sputnik.

"The entrance is open, no questions are asked, and you don't even talk to anybody if you have a biometric passport."

Video footage Rieu recorded at the French border shows him putting his biometric passport into a reader, and then putting his finger on a scanner. This fully automated procedure takes less time than brushing your teeth.

​"I think that, now, when we live almost under martial law, it is totally incredible. Whatever a person does in Syria, no matter if they go there on humanitarian mission or otherwise, it is necessary for the police to at least check on them, ask some questions about going to such a dangerous country."

Gérald Arboit, senior researcher at the French Center for Research and Intelligence (CF2R), argues that people like Rieu, who legally enter Syria who have a clear purpose for their trip, are known to intelligence and that is why they are not subject to special procedures.

"Most terrorists board a plane in Turkey and fly to Charles de Gaulle airport, where DGSI, the General Directorate of Internal Security fishes them out automatically and sends them to investigators," he said.

"The most savvy ones board a ship or travel with refuges to Athens. There, using their clean EU passport — pretending they never were in Syria or Turkey — they board a plane and fly to some small airport in Germany or France — to Beauvais, if possible. There they change plane to their destination. Thus, they fly from a Schengen zone airport so they have no problems," Arboit explained.

According to Arboit, "everyone who goes abroad is expected to come back. Those who go there with tourist or humanitarian purposes — although I don't understand how can one go touring at this time — all these people are known about, their ID is certain, there are photos of them. So when they come back, they just enter the ‘Schengen ID' line, and no one would force check them."

"On the other hand, why check them in the first place? Only because they come from a country which is not a territory of peace like the rest of Europe?" he said.

Myanmar President in India, India's Focus will be on Border Management