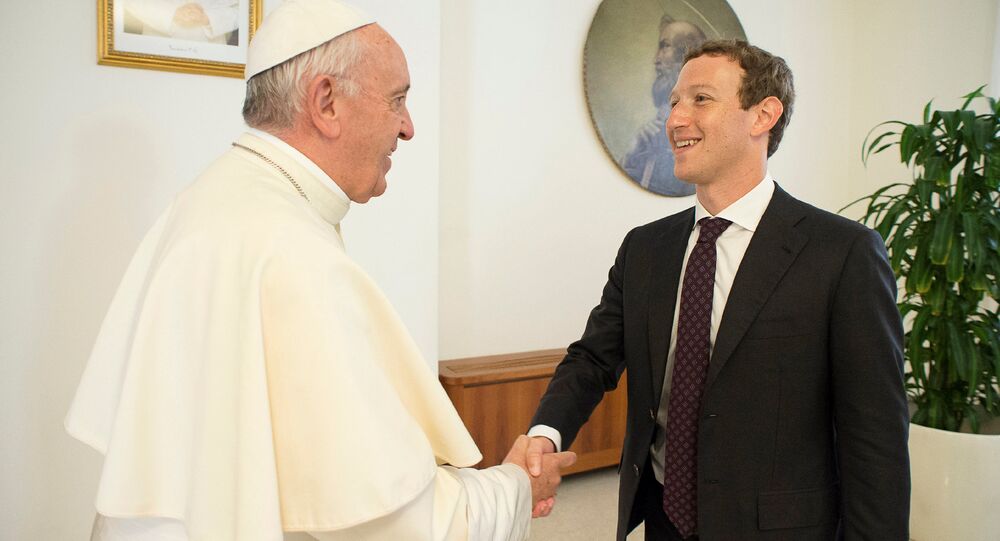 On August 29, founder of Facebook’s founder, Mark Zuckerberg, met with Pope Francis and presented him a toy drone model, according to Zuckerberg’s Facebook post.

On Monday, Zuckerberg and his wife Priscilla Chan met with the Bishop of Rome to discuss the importance of technology to fight poverty.

At the end of the meeting, Zuckerberg gave Pope Francis an Aquila model, and noted the pontiff’s unforgettable “warmth and kindness.”

In recent years, Pope Francis has repeatedly met with representatives of leading IT-companies and Internet services.

In February, he discussed the “image effect” with the founder of Instagram, Kevin Systrom, and in January, met with Apple CEO Tim Cook. A week earlier, he held a meeting with the Google’s board chairman Eric Schmidt and the head of Google Ideas, Jared Cohen.