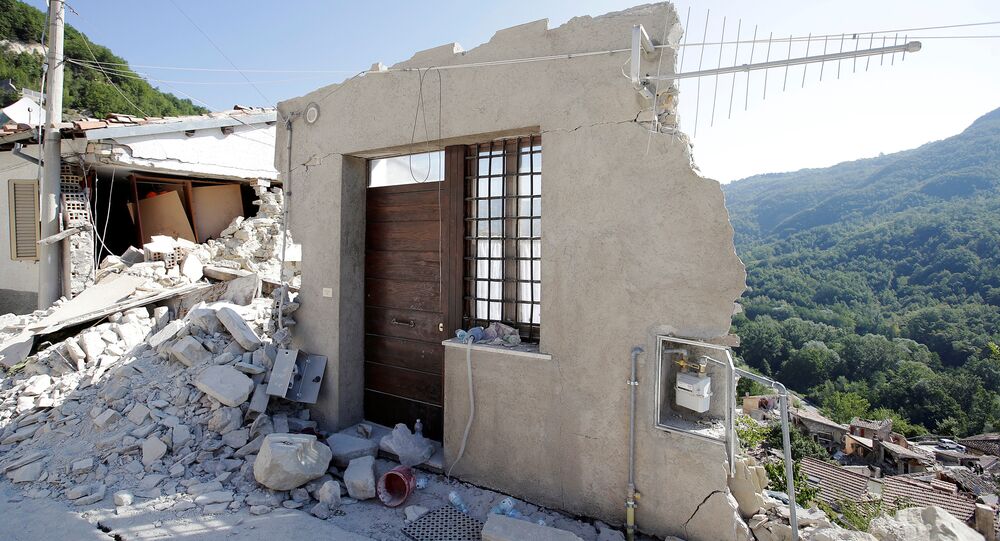 The death toll from the devastating earthquake in central Italy has surpassed 280.

ROME (Sputnik) – The death toll from the devastating earthquake in central Italy has surpassed 280, the country’s Civil Protection Department said.

"The tragic provisional death toll of the earthquake has risen to 281: 221 in Amatrice, 11 in Accumuli and 49 in Arquata del Tronto," the civil protection service said in a Friday release.

Earlier on Friday, Italian media reported that the death toll stood at 278.

A 6.2-magnitude earthquake shook Italy’s mountainous regions of Umbria, Lazio and Le Marche in the early hours of Wednesday, causing extensive damage, with around 650 aftershocks continuing for 48 hours.

© REUTERS / Stefano De Nicolo
Death Toll in Italy Earthquake Rises to 278
According to official figures, over 380 people were injured. Nearly 300 historic buildings were damaged by the earthquake.

Italian Prime Minister Matteo Renzi declared a state of emergency in the affected regions following an emergency Cabinet session late on Thursday, and released an initial tranche of 50 million euros ($56 million) in emergency aid to the affected areas.

Saturday has been declared a day of mourning across Italy for the victims of the natural disaster.