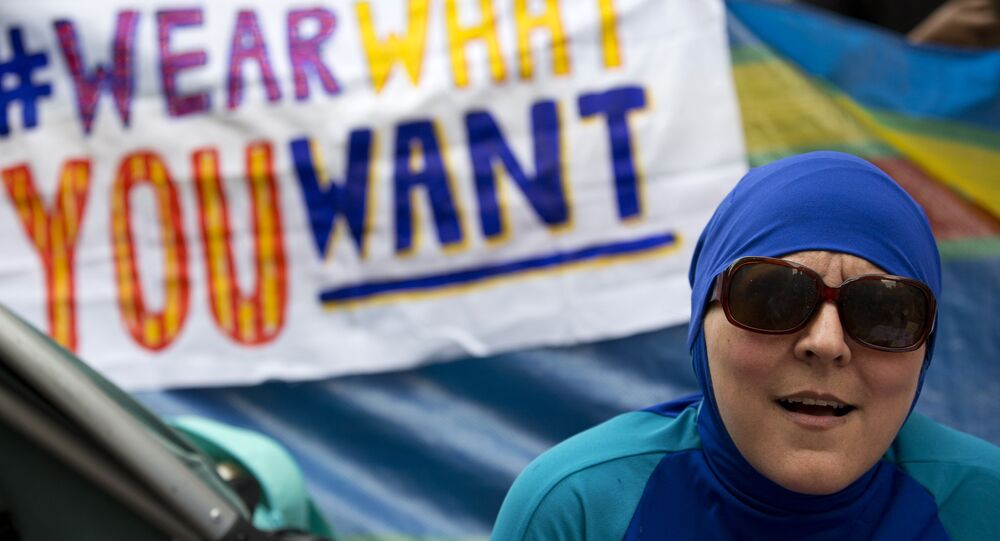 France's highest administrative court ruled on Friday that the ban on full body burkinis, which has been in place in several French towns, is illegal.

The Conseil d'Etat gave the ruling following a request from the League of Human Rights to overturn the burkini ban in the southern coastal town of Villeneuve-Loubet.

The court said in a statement that the ban "seriously, and clearly illegally, breached the fundamental freedoms to come and go, the freedom of beliefs and individual freedom."

The landmark judgement comes after weeks of international condemnation.

On Thursday, the Mayor's of Paris and London united to condemn the burkini ban as an affront on human rights. London's first Muslim Mayor Sadiq Khan, said that even in a state of emergency, there is no reason to tell women what they can and can't wear.

"I'm quite firm on this. I don't think anyone should tell women what they can and can't wear. Full stop. It's as simple as that. I don't think it's right. I'm not saying we're perfect yet, but one of the joys of London is that we don't simply tolerate difference. We respect it, we embrace it and we celebrate it," Mr. Khan said.

His female Parisian counterpart Anne Hidalgo, agreed, calling for an end to the "hysteria" of the ban.

So Sarkozy calls the burkini a 'provocation.' Whether women cover or uncover their bodies, seems we're always, always 'asking for it.'

France has been in an official state of emergency since the terror attack in Paris last November, which killed 130 people and sent shock waves across Europe. It was extended after the Bastile Day attack in Nice last month, when a driver ploughed his truck through a crowd of people killing 86.

In between both attacks and since, there have been several atrocities committed by Islamist extremists in France, contributing to an atmosphere of fear and paranoia.

Several towns along the French Riviera have pointed to this fraught atmosphere as a justification for their burkini bans.

Judges in Nice this week insisted the ban was "necessary and proportionate," following July's Daesh terror attack in the city.

They said the burkini was "liable to offend the religious convictions or non-convictions of other users on the beach."

Just after the Nice attack, the Mayor of Cannes, David Lisnard, signed a decree stating that Muslim women wearing burkinis could be a threat to public order and would be cautioned and fined US$43.

Thierry Migoule, the head of Cannes municipal services, then appeared to make a direct connection between women choosing to wear the burkini to enable them to swim in public, and Daesh militants.

"We are not talking about banning the wearing of religious symbols on the beach… but ostentatious clothing which refers to an allegiance to terrorist movements which are at war with us."

It's this conflation of Islamist extremism and a woman's right to choose her clothes that has sparked such controversy.

Proponents of the bans say burkinis represent the oppression of women and violate France's secular traditions. However, critics point to full body wet suits and Catholic nun habits, both of which are not banned, as examples of hypocrisy.

Oh! Apparently, the French Police was around… #burkini pic.twitter.com/a0uHVzIgjk

And on Friday, France's highest administrative court on Friday agreed with them, suspending the ban as illegal.

However, the suspension is only temporary pending the court taking more time to prepare a judgement on the underlying legality of the case.