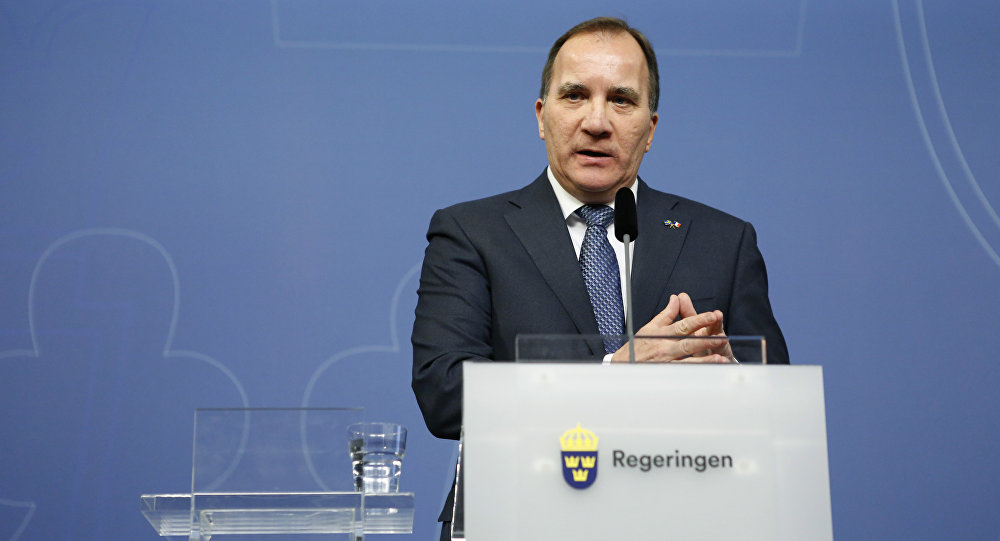 Swedish Prime Minister Stefan Loefven sees no immediate threat emanating from Moscow but acknowledges that Russia’s actions have spurred Sweden to strengthen its relations with other states, the official said Thursday.

STOCKHOLM (Sputnik) – The Swedish politician added that Stockholm “sees what is happening in Ukraine and Crimea," which is why it is enhancing cooperation with other states in the region.

"We do not consider Russia an immediate threat," Loefven said at a press conference in Stockholm following talks with US Vice President Joe Biden.

© Flickr / U.S. Naval Forces
'Paranoid Swedes' Drill With NATO, Despite 'No Immediate Threat' From Russia
Loefven also stressed that Sweden will continue to pursue its policy of not joining NATO, adding that it would not be an obstacle to its partnership with the Alliance’s member states.

Sweden officially declares itself as neutral and non-aligned, however, sometimes cooperates with certain NATO operations.

Since 2014, NATO has been building up its military presence in eastern European countries bordering Russia, using Moscow's alleged interference in Ukraine as a pretext for the move. Moscow has repeatedly denied the claims and warned the Alliance that its military buildup along Russia’s borders is provocative and could threaten regional and global stability.