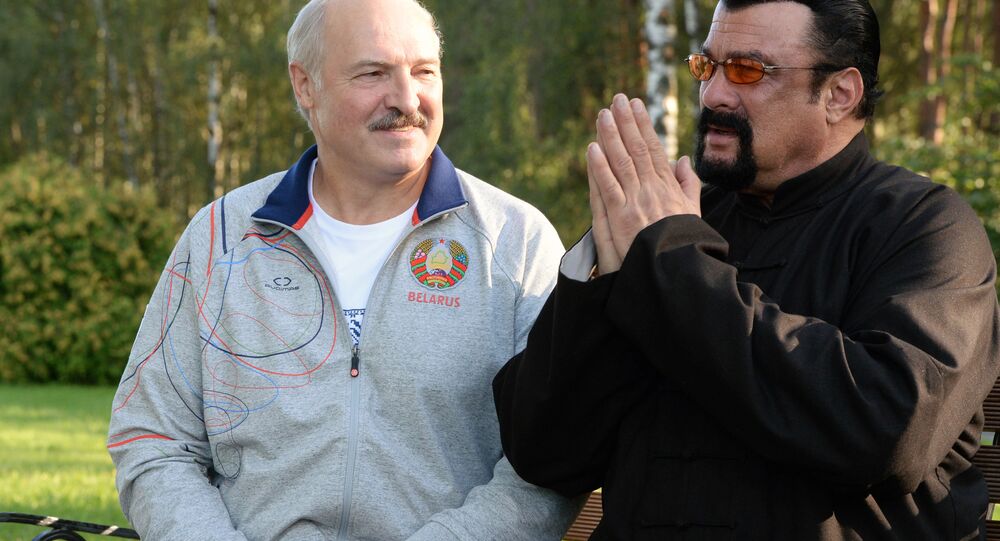 Popular American actor Steven Seagal met President of Belarus Alexander Lukashenko who showed his guest around the country’s capital, introduced him to the national cuisine, presented him with some gifts, including a watermelon, and fed him a carrot, which was freshly picked from the fields.

Famous actor Steven Seagal arrived to Minsk on August 23 for a meeting with the biggest Belarusian developer of online games, Belarusian news agency BelTA reported. In addition, the 64-year-old actor, who has Belarusian ancestry, realized his long-time dream of meeting Alexander Lukashenko.

The meeting with the President turned lively and very informative for the visitor, with an emphasis on agriculture, according to the media. Steven Seagal was taken to the fields to check out the most popular Belarusian crops: beets, cabbage and carrots. The first tasting took place right in the fields: Lukashenko peeled a carrot for the actor with his own hand, saying "Enjoy it; it is very good for your health!"

In addition, Segal observed the potato harvesting. That is when Alexander Lukashenko taught him an important Belarusian word "bulba," which means potatoes. Together with the President, Segal relaxed sitting in a park, took photos on his smartphone, chose a watermelon for himself and tried traditional Belarusian cuisine. The American guest could not stay indifferent to natural Belarusian products, especially the cold beet soup and boiled potatoes with bacon, according to the agency.

© AFP 2021 / Stasevich Andrei/BELTA
Belarus President Alexander Lukashenko (C) and his son Nikolai (L) hand over a watermelon to US actor Steven Seagal (R) who has been recenlty granted Serbian citizenship, during their meeting at their residence of Drozdy, outside Minsk
...
Reddit
Google+
Blogger
Pinterest
StumbleUpon
Telegram
WhatsApp
232

Russia and America Need to Get Along - Steven Seagal