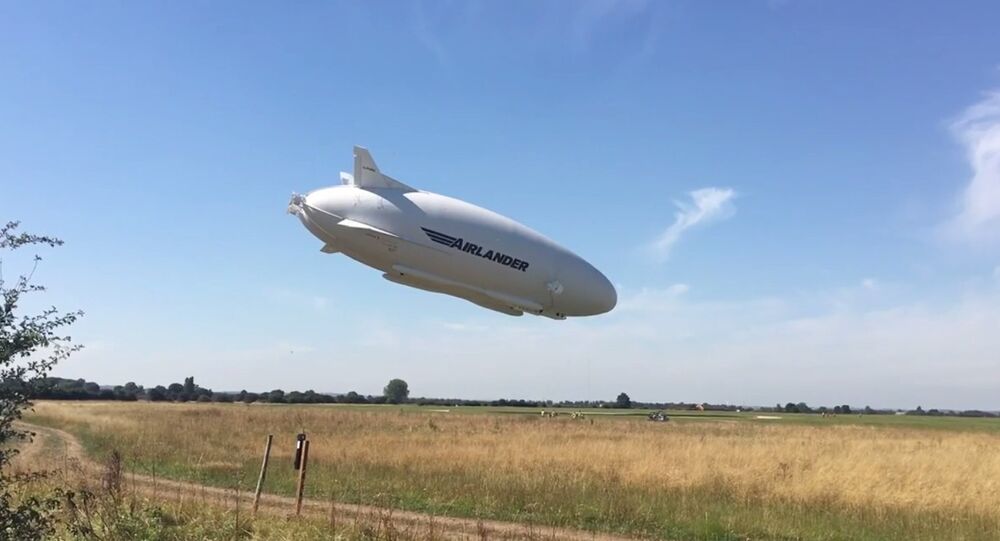 The Airlander 10, the world’s longest aircraft, had a low-impact crash during its second test flight in the UK on Wednesday.

The 302 foot, $33.1 million blimp, officially named the Martha Gywn, was making its way back to the Cardington airfield in Bedfordshire when, according to witnesses, a line hanging from the craft got caught on a telephone pole and pulled it into a nosedive, damaging the cockpit of the airship in the process.

​A representative from Hybrid Air Vehicles, the company that manufactured "The Flying Bum," so-named for its "pert, round back," refutes the telephone pole narrative, saying that the company is investigating what may have caused the crash. There were no injuries, according to the spokesperson, and the crew is safe.

The Airlander 10 had its first test flight last week, with no incidents.

Crew of Airlander 10 Safe – Manufacturer, Amid Reports of Crash