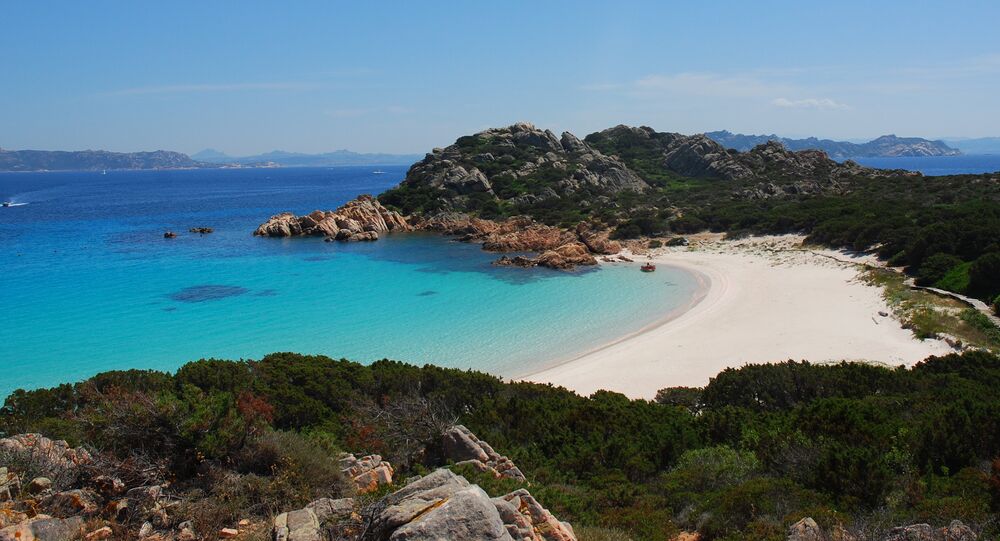 Aerial footage taken on August 23 confirmed the theory that the Italian island of Sardinia in fact could be the new lost Atlantis, La Stampa reported.

He believes that Sardinia has all the characteristics of Atlantis and corresponds to the description of Atlantis by Plato as the “land rich with water and forests, with mild climate, which made it possible to collect harvest several times per year.”

© Photo : pixabay
Veteran Argentine Ufologist Discovers 'Alien Pyramid' in Pacific Ocean
In addition, Plato referred to the inhabitants of Atlantis as the “tower builders”. The same can be said about the famous Sardinian ancient stone fortified dwellings.

One of these monuments was found not far from the Sardinian town of Barumini.

It took archeologists 14 years to dig it out from under a 12-meter layer of mud.

Footage of aerial photography has shown that almost all ancient dwellings that are located just above sea level, were flooded with mud, while those that were above, remained untouched.

Perhaps it was a result of a tsunami, which, according to the legend, killed the Atlanteans.

However, one cannot fully believe in the theory’s accuracy as it interferes with one fact. Plato wrote that Atlantis was destroyed “9,000 years ago.” This cannot be true as by now about 11,500 years would have passed. In addition, there was no civilization in the Mediterranean region at that time.

© Photo : Pixabay
The Birth of the Online Universe
However, Plato might have meant about 9,000 months rather than years as it was typical for the time.

In this case, Plato referrers to 1200 BC and it could be just right about Sardinia.  At that time, the Italian island experienced strong earthquakes and was in mid-transition from the Bronze to the Iron Age.

It is also a well-known fact that Atlantis was located west of the Pillars of Hercules, who, according to the legend, until the 3rd century BC was not in the Gibraltar Strait but rather in the Tunis Strait, between Sicily and Tunisia.

However, it is believed that Eratosthenes Kirensk moved poles, known as “the edge of the world”, to make Delphi the center of the known world. This happened after Alexander the Great pushed his eastern borders when conquering new territories.