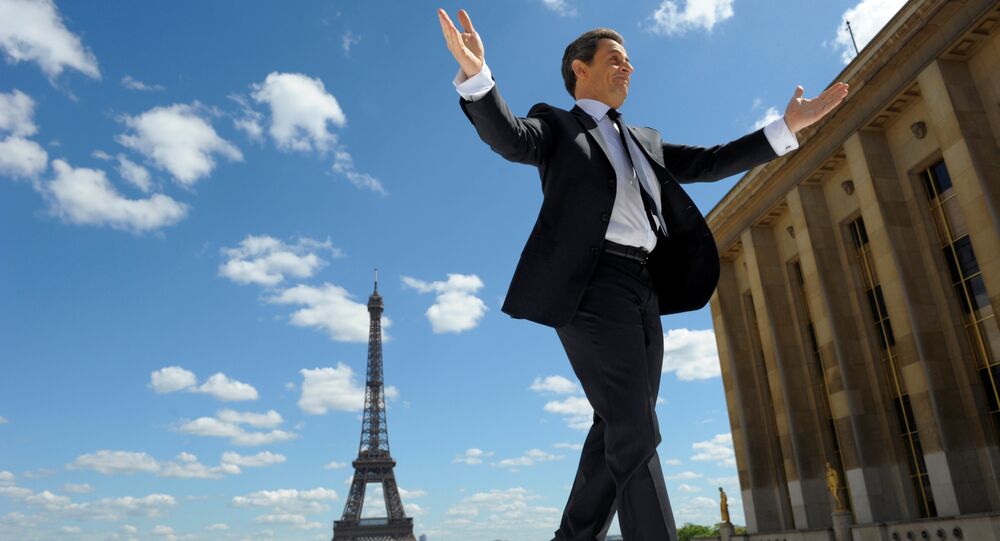 Former French President Nicolas Sarkozy, has announced that he will run again for the presidency in 2017. The lead up to next Spring's election has been dominated by France's struggle with radical Islam, and the simultaneous rise of the far-right.

In an excerpt from his new book, "Tout pour la France (All for France)," posted on Facebook, Mr. Sarkozy finally confirmed suspicions that he will run as a candidate in the upcoming French election next year. He promised the French people he will give them "everything."

"I decided to run for the 2017 presidential election. France demands that we give her everything. I felt I had the strength to lead this battle during this troubled time of our history."

Indeed, it's inescapable that France is at a troubled juncture in its history.

It's currently in a state of emergency since the notorious terror attack in Paris in November last year, which was extended after the Bastille Day attack in Nice last month, when a driver ploughed his truck through a crowd of people killing 86.

In between both attacks and since, there have been several atrocities committed by Islamist extremists in France, contributing to an atmosphere of fear and paranoia.

Now, Sarkozy is hoping to unseat from the Elysee Palace the very man who replaced him in 2012: Francois Hollande.

As the incumbent, President Hollande, has faced a severe political backlash over the numerous French attacks, being accused of everything from failing to implement tough enough security and intelligence measures, to mismanaging immigration.

Hollande booed by the people of Nice who are angry that the French Government are not doing enough to stop terrorism.

The tables have turned drastically. When Sarkozy left office, he was an unpopular and divisive figure, who's tenure during the 2008 financial crisis saw unemployment go up and France's deficit significantly rise.

Since then, he's chosen to portray himself as a pragmatic candidate tough on terror and pro-secular values. He's advocated for a ban of the Muslim veil in universities as well as of the Burkini, a full-length swimwear, which has been banned by several towns in France this summer.

Sarkozy still needs to win the support of his center-right Republican party first, and there are several candidates who have also thrown their hat in the ring.

Chief among them is Alain Juppe, a former French Prime Minister and current Mayor of Bordeaux. He's currently the favorite to become the Republican presidential candidate,with a reputation as being a unifier with a relatively scandal-free record.

It's a far cry from Sarkozy's image as a brash individual prone to aggressive rhetoric, who's currently tainted by multiple legal scandals, including the Bygmalion debacle. His former party, Union for a Popular Movement (UMP), allegedly conspired with a PR company to illegally hide the true cost of his 2012 presidential election campaign.

Sarkozy has also been condemned from those within his own party for appearing to pander to the far-right in a bid to woo Front National supporters.

Earlier this year, he said: "A vote for the National Front is not a vote against the Republic… it is not immoral."

The Front National is viewed as an extreme right-wing, anti-immigration party, which is led by Marine Le Pen. It's seen its support grow in the wake of every atrocity committed by Islamists against French people on French soil.

Marine Le Pen calls for "a real war" to end Islamist terror. And if she comes to power in #France, brace for Frexit https://t.co/TBupdlYn34

"Nothing that we have proposed has been put in place. Considering the new nature of terrorism which is now a terrorism of opportunity… the urgency is to attack the ideology on which this terrorism is based. And in this space, nothing has been done, absolutely nothing — no reintroduction of double punishment, nor depriving people of nationality, nor the closure of salafist mosques… nor the banning of certain organisations. In truth, we are not at war.

Sarkozy must face down the challenges within his party as well as from the radical right if he is to stand any chance of convincing the French to hand him the presidency once more.

If he does, it would be an extraordinary rebound from the man was witheringly dismissed by opponents as France's first president not to be re-elected for a second term since Valery Giscard d'Estaing in 1981.

Sarkozy Better President Nominee Than Juppe Due to Views on Migration