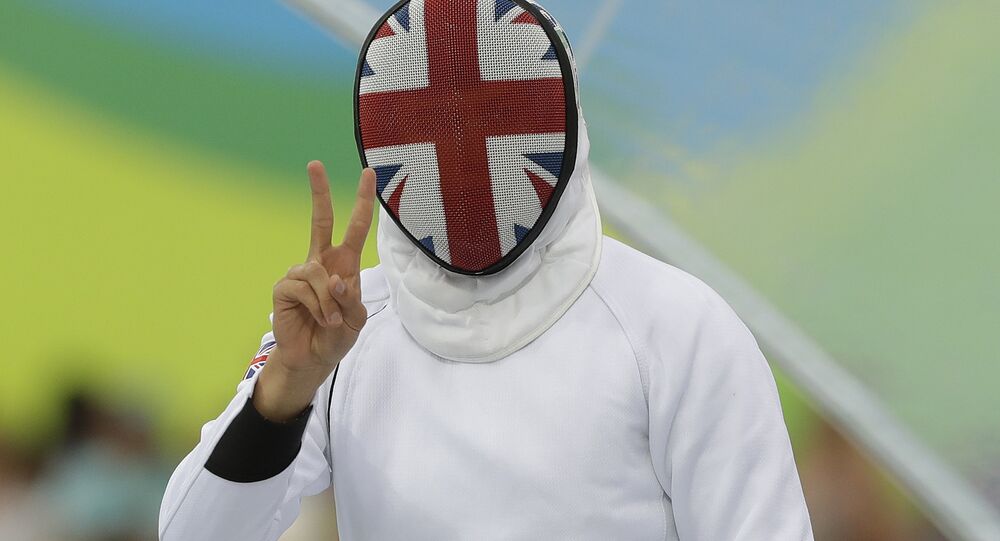 The Queen’s Teams: British Imperialism the Unsung Hero of the Olympics?

The 2016 Rio Olympics is officially (and thankfully?) over, and the United Kingdom finished with 67 medals. But one MP seeks to take credit for many, many more than that.

In the wake of the Brexit referendum, British patriotism is at an all-time high. Britain does not need Europe, the argument goes. Europe needs Britain.

For Heather Wheeler, Conservative MP for South Derbyshire, this is evidenced by the UK’s physical prowess, as demonstrated during the Olympics. While Great Britain ended with 67 medals, less than the United States and China, by Wheeler’s count, the UK actually won 396.

Wheeler is, according to a Tweet posted on Monday, taking credit for medals won by every part of the world ruled by the UK — past, present or future.

"Well done Team GB & all our Commonwealth friends, now for the Trade Agreements…" her tweet reads.

Wheeler’s map naturally also includes the original 13 colonies of the United States and, for the completists in her audience, half of Yemen. It is unclear if she tallied these proportionally.

The International Olympic Committee will not be recognizing this interpretation, of course, since the IOC likely understands that the world didn’t cast off the shackles of colonialism only to continue competing on behalf of the Queen’s sports teams.

The true goal of Wheeler’s imperialist whitewashing is clearly rooted in contemporary politics. As the graphic so clearly demonstrates, the 396 medals of the British Empire dwarfs the paltry 258 earned by the European Union, "post Brexit."

But the tweet’s effect may be an unintended one, as many users have responded with ridicule.