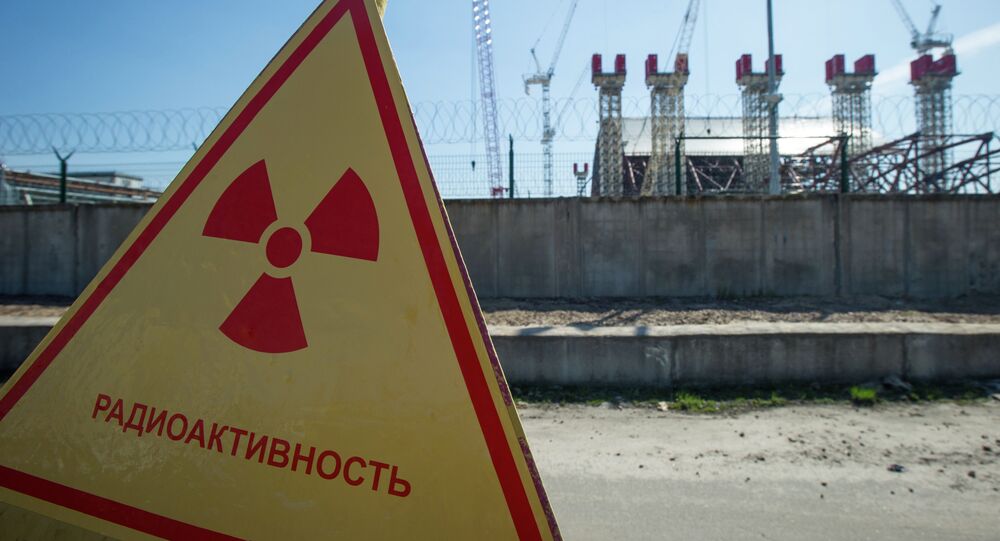 At a press conference in Kiev last week, Umanets, the former head of Ukraine's nuclear power authority who took charge of the ill-fated Chernobyl plant in the late 1980s after the 1986 disaster, warned that the possibility of a an accident taking place at one of Ukraine's four remaining nuclear power plants is growing.

Umanets pointed out that fifteen violations had been recorded in the plants in 2015 according to the International Nuclear Event Scale, which documents everything from minor incidents to major accidents. That is 1.5 times more than the number of accidents recorded in 2014. In 2016, he added, the INES has already recorded seven violations, double the amount reported during the same period in 2015.

"We run the risk of a serious incident. Since October 16, 2014, Ukraine has not had a chief inspector for nuclear and radiation safety. The position was eliminated, and no self-respecting professional would agree to take it after the cabinet proposed a bill to Ukraine's parliament which stated that 'the inspector's decisions may be canceled by the head of the state regulator or his designated representative'."

Worse still, Umanets calculated that within seven years, Ukraine will face a "collapse" in its nuclear energy sector, since the country does not have the necessary billions of dollars in funding that would be needed to maintain or expand its plants' operations. If the state-owned energy company Energoatom fails to renew its permission for the operation of two units at the Zaporizhia plant, the country will have problems with its supply of electricity as soon as 2017, he noted.

"Of the 15 units [at Ukraine's NPPs] operating today, which provide Ukraine with 55.7% of its total electricity, half are expected to be stopped. In four years, seven reactors will reach the end of their operating life. Their operation must be extended; according to our estimates, extending the life of one block costs $300 million US. This means we will need $2.1 billion over the next four years."

© AP Photo / Keith Srakocic
US Nuclear Power Corporation to Consider Building Factory in Ukraine If Kiev's Funds Sufficient
Unfortunately, Umanets said that the government does not look likely to give the nuclear industry the necessary funding. "If the power units' life span is not extended, by 2020 we will lose 50% of our electricity, and by 2030 Ukraine won't have nuclear power at all. It will simply cease to exist."

Accordingly, the official noted, "we have seven and a half years to solve this problem. Today, in order to put one energy unit into operation, it's necessary to have $3-5 billion. Where are we going to get the money? Even if we extend the life of the units in operation, but do not begin planning to replace the units coming off line, this too will result in the collapse of our electricity generation sector."

As for the possible use of Westinghouse fuel for Ukraine's power plants, Umanets stressed that politics must not be allowed to come before safety. "Nuclear fuel is being placed in Russian reactors without the consent of the chief designer…We have no right to play around when it comes to safety – no way, no matter what political aspects exist. One 'Chernobyl' was enough for us."

The Ukrainian nuclear industry has faced several high-profile incidents in recent months. Last month, a power unit at the Khmelnitsky NPP in western Ukraine was disconnected from the grid due to a leak in its steam generator. In late May, the second block of the South Ukraine NPP in the Mykolaiv region was forced to halt its operations, due to actions by personnel which tripped the station's safety systems. In April, energy production at the Zaporozhye and Rovno plants stopped for troubleshooting. In the spring, all the country's reactors were on the verge of stoppage, after Energoatom's foreign currency accounts were frozen, threatening to stop nuclear fuel from being delivered to the stations.

© Sputnik / Pavel Lisitcin
Russia to Develop Super Nuclear Power Plant by 2027
Ukraine's four existing nuclear power plants feature 15 power units; 12 of them have been in use since the 1980s. Some of them have already had their lifespan expanded by 10 years. Serious money is necessary for modernization; Ukraine's Western benefactors have promised a €600 million loan to improve the nuclear security, but MEPs have since sent the European Bank of Reconstruction and Development and the European Commission an appeal demanding that the credit be postponed, saying that Ukrainian officials aren't serious about carrying out a thorough risk assessment.

Commenting on Umanets's remarks, Alexander Uvarov, the head of Russian NGO Atominfo-Center, told Svobodnaya Pressa that it was logical for Ukrainian nuclear scientists' to sound the alarm.

"Ukraine's nuclear power units are mostly Soviet-made. Their 30-year life span is coming to an end. To extend their operation and put them in order, funds are required. If there is no money, Kiev has only two options: either extend the life of the power units, ignoring the lack of necessary maintenance, to their risk, or taking the units offline, resulting in power outages" throughout the country.

For now, Uvarov noted, there is no need to panic, but the situation is concerning. "Yes, violations are growing from year to year; things are bad. But for now the situation is not yet catastrophic. Serious risks will arise if Kiev takes the political decision to extend the plants' operation without the permission of supervisory organs. I don't think that Ukraine will be threatened with a new Chernobyl, but the probability of a serious accident will undoubtedly increase."

© Sputnik / Viktor Tolochko
Rosatom to Replace Reactor Vessel at First Unit of Belarusian NPP
The expert added that another danger comes from the unpredictability of Ukrainian energy regulators' new officials. Prior to the Maidan coup of February 2014, the Ukrainian State Inspectorate for Nuclear Regulation was one of the most conservative regulators in the world, "looking at the issue of extending a power block's service life with maximum caution, and refusing to give their permission if its experts had the slightest doubt about safe operation. Following Maidan, the agency had its management replaced, and it's an open question whether the regulator will continue to abide by the principles of its predecessors."

Fortunately, Uvarov noted, even if regulators give the go-ahead, the power plant workers themselves, who generally live near the plants where they work, are likely to be extremely cautious in trying to ensure safety. "Put bluntly, if an accident takes place, they will be the first to die. Therefore, plant personnel will always try to act very carefully, whatever political pressure they may face. This helps to explain why Ukraine has been very slow to move away from Russian nuclear fuel in favor of that from Western European companies. And this in spite of Kiev's promises that Ukraine would convert to Western nuclear fuel in one fell swoop. The process is being slowed, and has not gone beyond pilot projects."