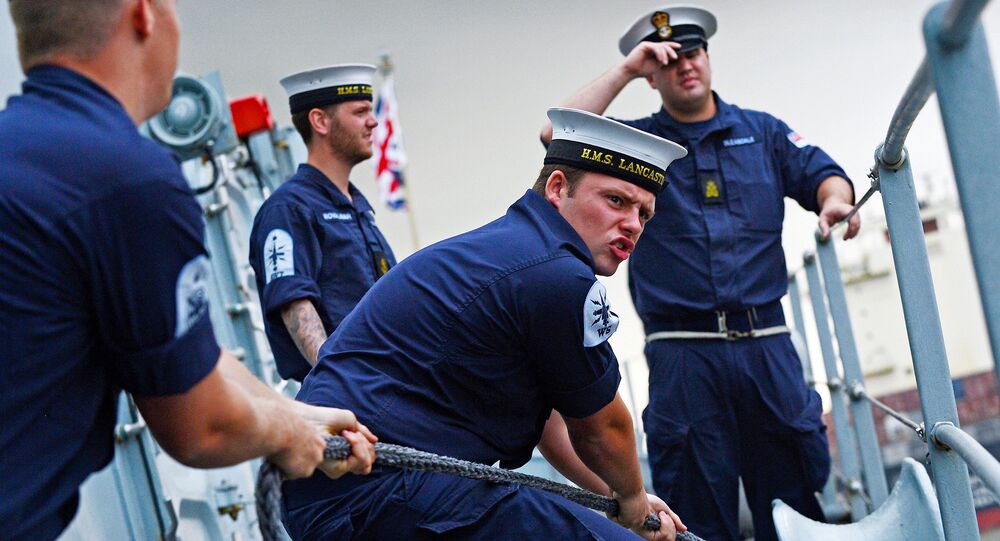 Admiral Lord West, a former head of the Royal Navy, has accused the British government of placing the armed forces state of readiness for conflict at a low priority, describing the lack of Royal Navy ships as a "national disgrace."

On Saturday, the Ministry of Defense (MoD) revealed that the Navy's only vessel for repairing damaged warships at sea will be sold off.

RFA Diligence, which has been operational since the Falklands War, will be lost before a replacement has been found.

RFA Diligence for sale – another stealth cut to the Navy https://t.co/mVhizNFXfJ pic.twitter.com/cbtwREWUPM

And on Sunday, the Navy's former flagship HMS Illustrious, nicknamed Lusty, was consigned to the scrap heap.

No surprise. HMS Illustrious sold to Turkish scrapyard for £2.1M. To be towed away October https://t.co/vJMJlZs4ft… pic.twitter.com/2EwHrzlGpS

A MoD $2.75m contract with a Turkish scrap yard is set to be signed this week. The iconic aircraft carrier will suffer the ignominious fate of being turned into frying pans and razor blades.

Admiral Lord West denounced the cuts as a huge error at a time when he sees the world as "more dangerous and chaotic" than at any time in his naval career.

He added that, in particular, RFA Diligence, should have stayed in service until new carriers had joined the fleet.

"It's yet again a diminution of our Naval capability, particularly our of area capability," Admiral Lord West said.

"We have taken a huge risk by not having any fixed wing aircraft at sea.

"Let's keep our fingers crossed that we don't have to reap the whirlwind of something going really wrong in the next three and a half years," he added.

He condemned the government's decisions as evidence that Britain's army and air force were being left "way down the batting order."

"If the EU starts to break up and things go badly wrong in Europe, which I think they might well do, we have historically twice in the last century had to go and sort it out at immense cost of blood and treasure to our nation," Admiral Lord West told the Daily Star Online.

The MoD has defended Britain's combat readiness and said US$233 billion was earmarked for new state of the art equipment.

The government has already committed to buying nine P8 maritime patrol aircraft, 138 F-35B aircrafts and 50 Apache aircraft, all from the US, to replace existing craft.

However, the investment projects that the MoD has announced are now facing funding gaps of up to US$918m a year, following UK's Brexit vote.

The Royal United Services Institute (RUSI), a British defense and security think tank, says this is due to the fall in the pound to its lowest level against the dollar in more than 30 years, following the British referendum result on June 23rd.

Imports from the US were made more expensive, affecting all military equipment purchases that have been made in US dollars.

RUSI analysts suggest the extra costs could lead to a "budget black hole", which would be a serious problem for the UK's defense. With all the challenges combined, Lord West has described the uncertainty over the British armed forces as a "perfect storm" for the MoD. And it's not the first time he's been critical of the government's management of UK defense.

In 2014, he argued that the government had already cut the navy too far, telling the BBC that the UK is "a great maritime nation" that deserves better:

The UK has committed to spending 2% of GDP on defense, a minimum level set by NATO.

However, the chairman of the House of Commons defense select committee, Julian Lewis, said that 2% was "nowhere near where we need to be spending," arguing that closer to 3% is necessary for the UK.