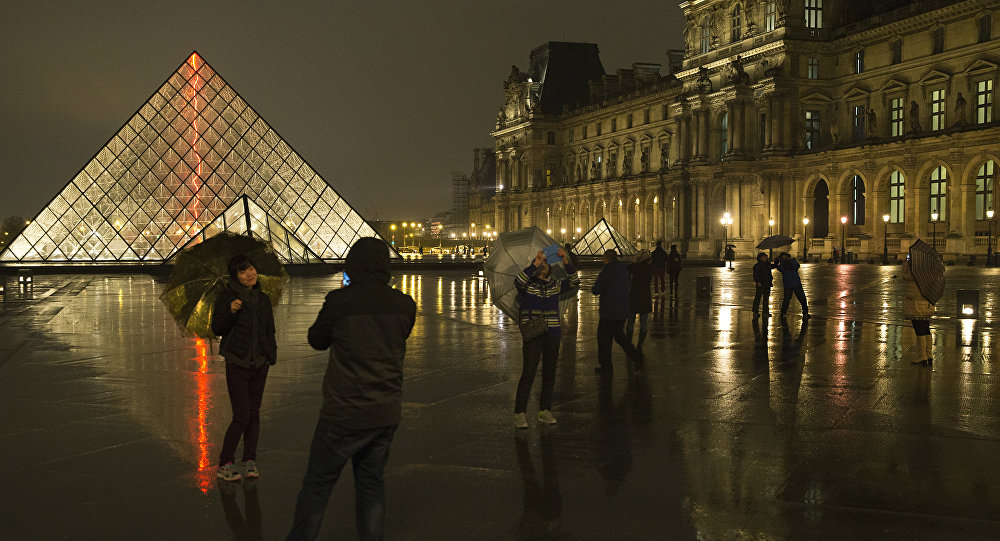 After a Chinese man was attacked in the French commune of Aubervilliers and died in the hospital, the Asian diaspora is taking active steps to, firstly, to protect themselves, and secondly, to proclaim all the violence and discrimination, to which the Chinese in France are increasingly exposed to.

© AP Photo / Michel Euler
Bite Me! Illegal Migrant Eats His Passport to Avoid Deportation From France
The 49-year-old Chinese tailor, Chaolin Zhang, was attacked on August 7 in the street; he fell into a deep coma after many injuries, and five days later doctors declared him brain dead.

Since December 27, 2015, until the attack on Chaolin Zhang, there were 105 assaults of this kind on the representatives of the Chinese diaspora, according to the chairman of Chinese Friendship Association in France (Association de l'Amitié Chinoise en France) Hua Qin Cao. Most of the attacks were committed in the Quatre Chemins neighborhood.

According to Ling Lenzi, the member of the municipal council of Aubervilliers who raised the alarm back in January, when the first violent attacks took place in the commune, too much time was lost since then.

"I also brought up this issue in the municipal council at least five times. No one listened to me," said Hua Qin Cao, who visited the victim's family.

"I feel such a great anger from the fact that I have many times appealed to various authorities with no results for a six months period. Nothing was done to prevent this tragedy. A man was killed for no reason," she added.

"I have a feeling that attacks are moving: in 2010-2011 most attacks occurred in the Paris neighborhood of Belleville. After the demonstrations held in this year, the police increased the number of its employees in Belleville, and we witnessed the improvement of the situation."

© AFP 2019 / FETHI BELAID
Burkini Ban: Why Europe Prohibits Full-Body Swimsuits for Muslim Women
"However, bullies continue to believe that Asians, the Chinese in particular, carry all their money with them, so that they are being attacked more than others. In Aubervilliers, the number of Chinese stores is constantly growing, so hooligans come and attack the merchants and residents," he added.

Although today everyone speaks about the attacks, no one mentions those who are guilty of them, Olivier Wang emphasized:

"Such attacks were carried out by a gang of juvenile delinquents, young people from the suburbs between 15 and 25 years."

Despite the fact that the International League against Racism and Anti-Semitism (Ligue Internationale Contre le Racisme et l'Antisémitisme, LICRA) condemned the attack on Chaolin Zhang, many associations fighting against racism have not done so.

"At the moment, I see that only a few press releases were published, for example, this was done by LICRA. The silent demonstration in memory of the deceased was supported by a variety of associations. However, many of them remain silent. I find it regrettable. Large organizations, such as SOS Racisme and the Movement against Racism and for Friendship between Peoples (Mouvement contre le racisme et pour l'amitié entre les peuples) are not seen, and that is annoying," Olivier Wang concluded.