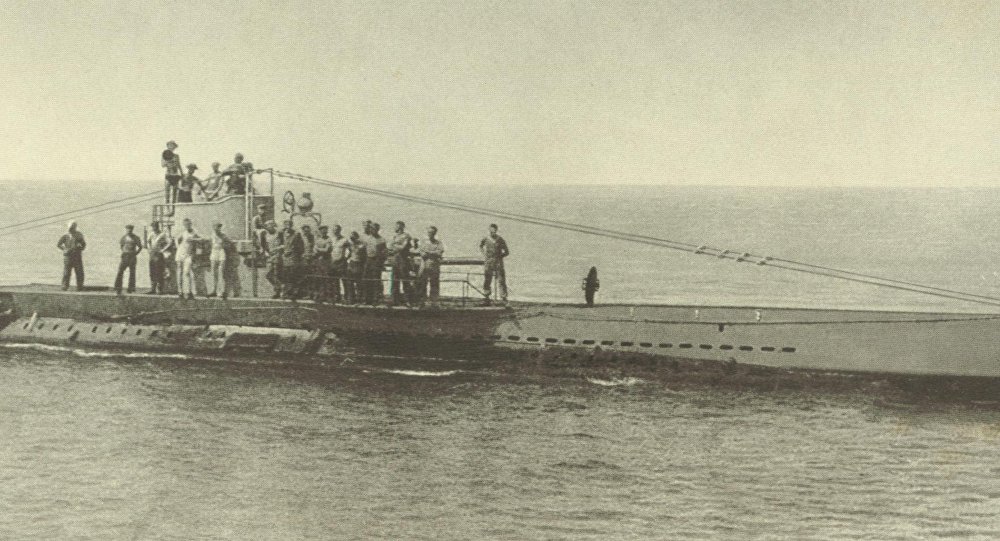 A surprising find of an ancient submarine loaded with weaponry on the seabed of the North Sea prompted Danish Maritime Authority to issue a prohibition on fishing and diving in the area.

© Flickr / Parlaba
Echoes of War: Norway Counting on NATO to Sweep WW2 Mines
The ban on fishing, diving or dropping anchor anywhere within a radius of 1,000 meters from the old wreckage came after Danish Maritime Authority and Defense Ministry received a warning from a team of divers, who found a WW1 submarine with unexploded mines and torpedoes on board.

On board the wreck there are 18 fully-intact mines and six torpedoes, Gert Normann Andersen, director of Sea War Museum Jutland and diving company JD-Contractor, which carried out the expedition, told the Danish tabloid newspaper BT. According to him, this is a rare find.

The find was identified as the German submarine of UC30 class, which was regarded as a mystery among historians and divers. The submarine disappeared with the whole crew of 23 men in 1917, but was estimated to have sunk in a completely different place. The dangerous find rests eight to ten kilometers west of Esbjerg facing Horns Rev, 17 meters below sea level.

"We keep an eye on the area. Luckily, it is so close to the shore that we have good radar coverage of it and we can make sure that no boats appear in this area for fishing," Klaus Randrup, surveillance leader at the Defense Operation Center, told Danish Radio.

© Flickr / The Municipality of Tromso
Out of the Blue: US Nuclear Sub Throws Norway Into a Panic
Danish authorities have not yet made up their mind regarding the future of the ancient submarine, which has long puzzled maritime historians. According to Randrup, there is no immediate need to salvage the ancient submarine, since it poses no significant threat.

"There are thousands of old mines left in Danish waters from both world wars, so it is nothing new to us to encounter this kind of thing on the seabed, but what's of course quite remarkable is that you find a submarine so close to shore," Randrup said.

According to Gert Normann Andersen, the once deadly submarine has been rendered harmless by the years gone by.

"But the explosives are simply not as dangerous today as they were 99 years ago. Each mine has a detonator that is particularly susceptible to pressure and blows, so if someone starts working on it, there is a risk that it explodes," Norrman Andersen said.

© RIA Novosti . Vladimir Fedorenko
Submarines, UFOs and Champagne: Top 5 Underwater Discoveries in the Baltic
In the coming days, Danish authorities will decide whether the historic submarine should be left in peace or could be lifted and safely disarmed.

"As long as the old stuff remains at the bottom, it is not dangerous. It might become a threat, though, if anyone, on the contrary, drags it ashore, the explosives begin to dry. Then the situation may become unstable and dangerous," Randrup said.

The expedition to the North Sea was carried out as part of the preparation for a TV program in collaboration with Danish Radio, which is scheduled to be broadcasted later this month.