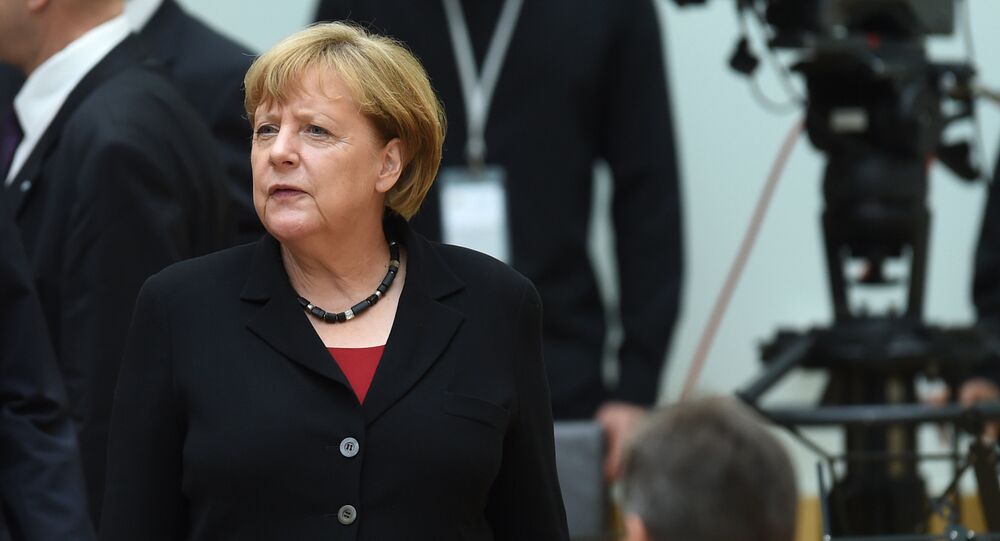 German Chancellor Angela Merkel is facing an uphill struggle as she campaigns for the regional elections in September, with some regions showing one in four intending to vote for right-wing, nationalist parties, including Alternative for Germany (AfD).

Merkel is facing a tough battle in regional elections in Mecklenburg-Vorpommern, Lower Saxony and Berlin in September, ahead of next year's federal election in which she has been threatened with a challenge from within her own CDU/CSU coalition.

Mama #Merkel stating the obvious, but doing nothing about it! pic.twitter.com/rtQKDOQxyc

​Merkel has drawn strong criticism over her "open doors" policy over refugees. In the summer of 2015, she made clear Syrian refugees would be welcome in Germany, precipitating a huge movement of migrants from Syria, Afghanistan and Iraq — among other nations — fleeing warzones.

However, the sheer volume of migrants arriving in Germany — many of them Muslims — has caused major strains in many German states, with asylum-seekers creating a burden on local authorities. More than 1.1 million entered Germany in 2015 alone.

Merkel has refused to bend for call to cap the total number of refugees Germany will take this year, causing anger in Bavaria, where her sister party leader Horst Seehofer has had to deal with the flood of migrants coming over the border from Austria. He has threatened to stand against her in the federal elections next year.

Merkel said, June 18, refugees had not brought terrorism to Germany, adding that Islam belonged in the country as long as it was practiced in a way that respected the constitution. Germany has been rocked by a spate of attacks on civilians — some of them connected with Daesh, or ISIL, stoking further anti-migrant sentiment within Germany.

"The phenomenon of Islamist terrorism, of IS, is not a phenomenon that came to us with the refugees," Merkel said at an election campaign event for her Christian Democrats in the eastern state of Mecklenburg-Vorpommern.

Merkel's popularity has suffered in the wake of the attacks and 52 percent of Germans think her migrant policy is bad, a poll published by broadcaster ZDF last week showed. With just over a year before a federal election, the poll gave Merkel an approval rating of 1.0, down from 1.4 in July on a scale of 5.0 to —5.0.