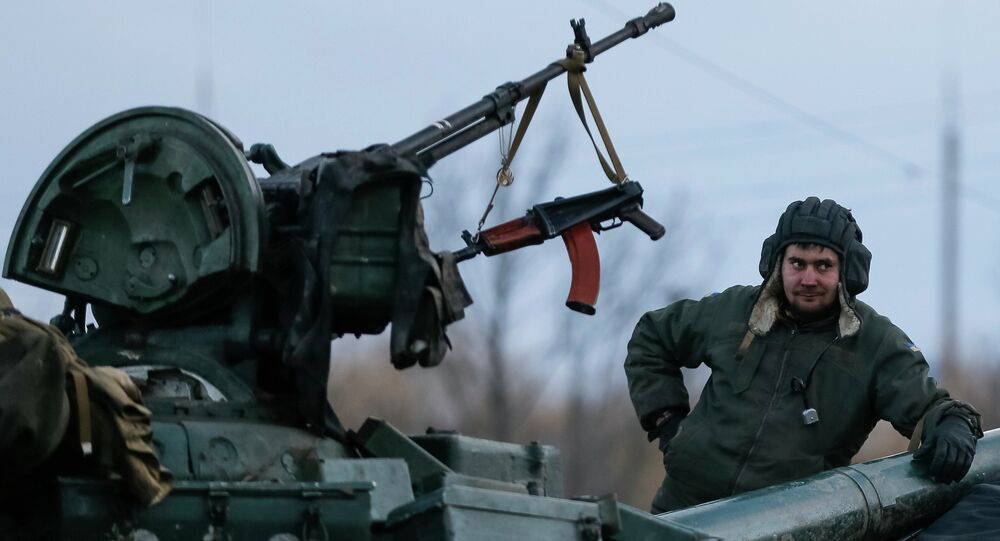 The Ukrainian authorities are deploying heavy weaponry, including howitzers, mortars and tanks, near the line of contact in eastern Ukraine, the deputy defense minister of the self-proclaimed Donetsk People’s Republic's (DPR), Eduard Basurin, said Thursday.

DONETSK (Sputnik) — He added that at least three tanks and about 400 servicemen had been observed in the settlements of Novohryhorivka and Donskoye respectively.

"[Reconnaissance by the DPR] has revealed the location of three Gvozdika self-propelled 122 mm howitzers in [the settlement of] Novotroits'ke eight kilometers [5 miles] from the contact line. The location of a Grad multiple launch rocket system and of four 120 mm mortars has been discovered in Hranitne," Basurin told reporters.

© AP Photo / Efrem Lukatsky
Ukraine's President Not Excluding Martial Law, Total Mobilization
In April 2014, the Ukrainian authorities launched a military operation to suppress independence militia in the eastern region of Donbass. In February 2015, the two sides reached a ceasefire deal after talks brokered by the leaders of Russia, Germany, France and Ukraine in the Belarusian capital, Minsk.