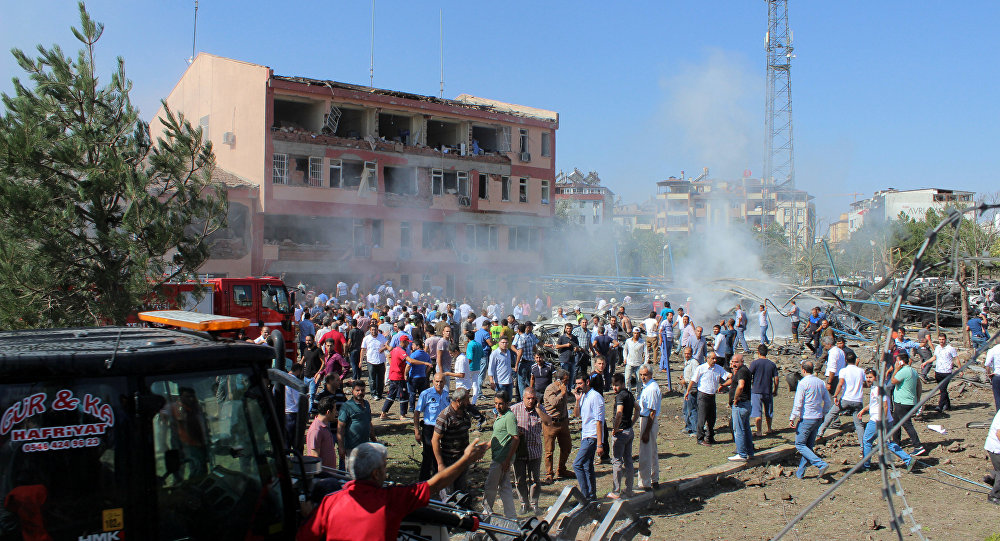 A bomb attack in the Turkish city of Elazig left three people dead and 217 wounded, the country's prime minister said.

“We are determined to find any threat coming from within or outside Turkey,” Yildirim said at a briefing during his visit to the city in remarks broadcast by the TRT news channel.

The prime minister raised Turkey's alarm level after the attacks in Elazig, Van and Hizan across eastern Turkey.

"I will be visiting the wounded in the hospitals. There are 217 wounded, 70 of them released from hospital. We have 145 wounded in five different hospitals right now, among them 85 police officers and 60 civilians," he specified.

© Photo : Twitter/ Ahmed Kosar
At Least 6 Dead, Some 146 Wounded After Massive Blast Near Police Station in Eastern Turkey
Yildirim added that later in the day the PKK attacked a patrolling armed vehicle near the town of Hizan in Bitlis province, killing four soldiers and wounding five.

A total of nine people were previously reported killed and 210 wounded in two explosions in the towns of Van and Elazig earlier in the day.

The separatist Kurdistan Workers' Party (PKK), considered by Ankara a terrorist organization, is blamed on the spate of attacks. Yildirim said the group "lost its chain of command," triggering the attacks across Turkey.