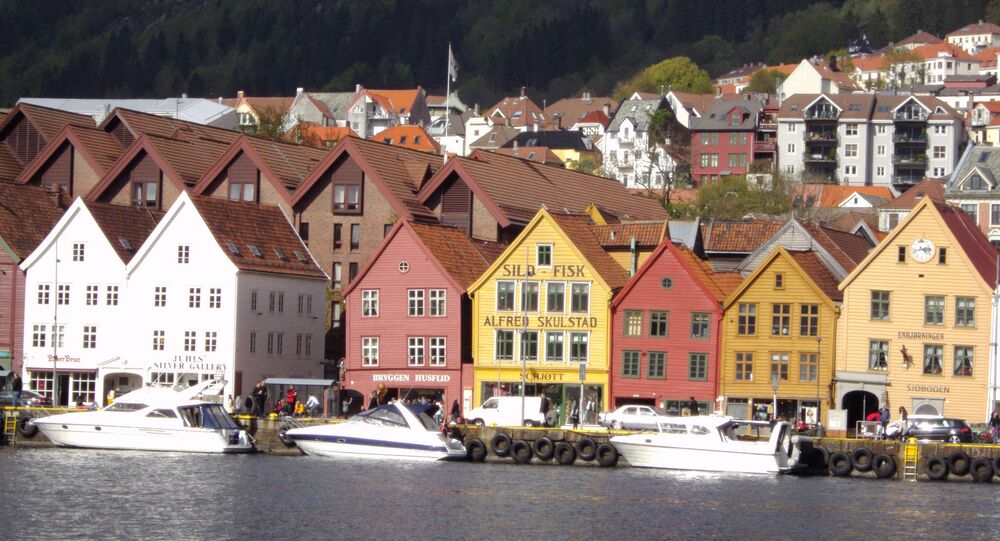 Given how immigrants are over-represented in crime statistics, it is entirely legitimate to be xenophobic, a Norwegian police officer wrote in a controversial opinion piece.

© AFP 2021 / JONATHAN NACKSTRAND
Do the Right Thing: Norway Hopes to Sidestep Emergence of Ethnic Ghettos
"One of the most important measures Norway must take to reduce crime is to limit immigration," police officer Thomas Utne Pettersen of the South West police district wrote in his much-debated opinion piece in Norwegian newspaper Haugesund Avis, citing Sweden as a "scarecrow" example.

Thomas Utne Pettersen rested his case on both crime statistics and his personal experience as a police officer.

In Norway, which despite last year's dramatic lapse overall has a much smaller scale of asylum immigration compared to its Nordic peers, nine out of ten convicted of violence against the children are of immigrant background. Over the past three years, an Oslo district court handed down 89 verdicts on domestic violence, and 82 of the defendants had an immigrant background, Pettersen pointed out. Additionally, the proportion of foreigners in Norwegian prisons is steadily rising.

According to Pettersen, the Norwegian community and the police are spending huge resources to investigate crime committed by foreigners.

"The popular xenophobia in relation to this particular group is therefore highly rational and justified," Pettersen wrote.

According to Pettersen, both politicians and journalists oddly enough somehow fail to realize the scope of the problem, giving a nod to the neighbor country Sweden, where statistics about migrant-related crime remains a taboo, due to the government's policy and the media's tacit agreement.

© Flickr / Alyssa L. Miller
Sweden's Mollycoddling of Rapists Blamed for Surge of Sex Attacks
"In Sweden, health authorities have publicly admitted that health services for Swedish citizens have deteriorated as a result of mass migration. Swedish police are, according to media, forbidden from commenting on the issue. This does not look like a good idea," Pettersen wrote.

According to him, the hushing down of the immigrants' sexual offences against women is akin to "betrayal."

"The public has the right to know all the challenges the police are facing, to say nothing about the perpetrators," Pettersen wrote, referring to the Swedish media's common practice to portray all the offenders as Swedes, regardless of their origin.

The irate police inspector summarized his argument as follows:

"The rule of law, prosperity, security, and our whole egalitarian society is under pressure, yet an important factor is not discussed enough; namely, crimes committed by foreigners, including asylum-seekers. What makes me most worried is that few appear to worry about that," Pettersen wrote.

© AFP 2021 / JONATHAN NACKSTRAND
Sweden is on Fire: Car Arson Epidemic is Catching
Pettersen's acrid text triggered angry reactions from the newspaper's readership, who questioned whether the dissident police officer was fit for the job. The readers argued that Pettersen "had gone far over the line" and should have abstained from making a political point.

Pettersen's article was actually a response to a previously published article by Haugesund Avis's columnist and philosopher Arnstein Olaisen, who voiced his concern how an increased fear of immigrants may create a colder and more cynical society. Fittingly, Olaisen's article was published on July 22, when Norway remembered the victims of the Utøya massacre, which was carried out by right-wing extremist Anders Behring Breivik as a protest against multiculturalism. In July 2011, Breivik killed eight people in a bombing outside a government building in Oslo and then proceeded to murder another 69, most of them teenagers, in a shootout rampage at a Labor Youth camp.