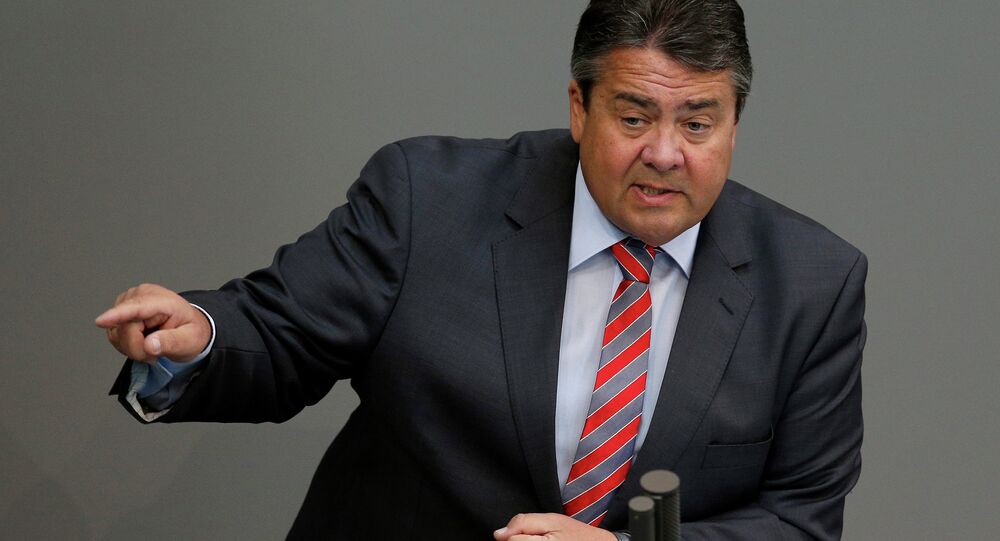 German Vice-Chancellor and economy minister Sigmar Gabriel has hit back at taunts from neo-Nazis surrounding his father’s Nazi-supporting past, with a video capturing him giving the middle finger to protestors while on the campaign trail.

Gabriel was at an election campaign event last Friday (August 12) in Salzgitter, Lower Saxony, when the Social Democrat Party (SPD) leader was confronted by a group of around 20 men wearing German flags as masks.

In the footage seen online, the group can be heard calling Gabriel a "race traitor", as well as a "communist and cultural Marxist," before making references to the vice-chancellor's father, who was a Nazi sympathizer: "Your father loved his country, and what do you do? You destroy it."

Gabriel can then be seen laughing at the group before raising his middle finger at them.

While the footage, published by leftist group 'Antifa Kampfausbildung e.V' was not posted on the group's Facebook page until a few days after the incident, Gabriel's center-left SPD party, who are the junior coalition member in Angela Merkel's government, said the vice-chancellor was provoked by "violent neo-Nazis" during the incident.

Gabriel has previously spoken about his upbringing, revealing that he broke contact with his father after discovering his Nazi sympathies.

"What remains is an almost untameable anger. When I see something unfair, when injustice is being done to people, I can get properly worked up," he said during a 2013 interview.

​He also referred to his father's beliefs during an interview with German media earlier this year, comparing the country's Alternative for Deutschland (AfD) party to the Nazi movement.

"Everything that they are saying, I've already heard — just to be clear — from my own father, who was a Nazi to his last breath," Gabriel said.

​Gabriel's party has become a strong target for far-right activists, following its support for Chancellor Angela Merkel's "open-door" response to the migration crisis.