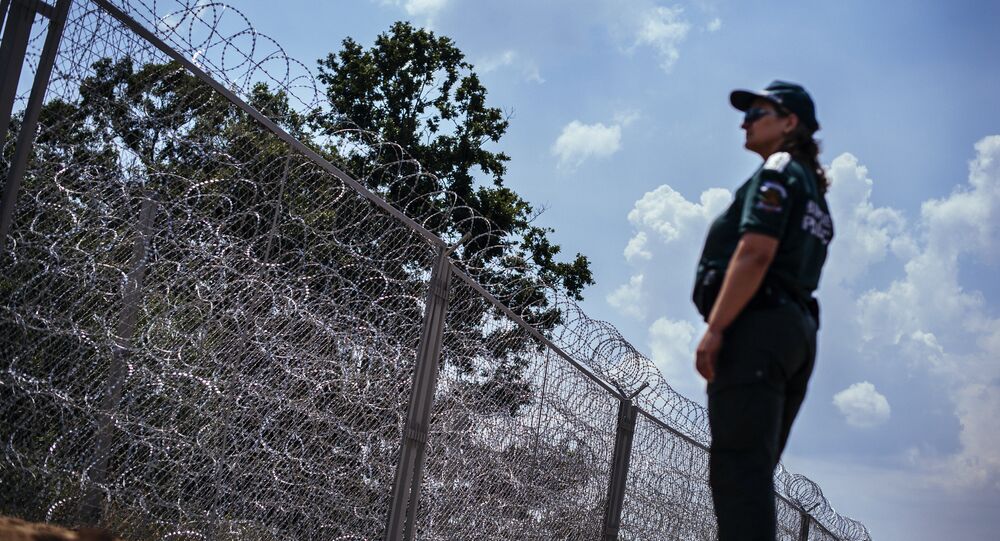 Hungarian border guards have begun to use stuffed sugar beetroot to intimidate refugees from African countries and the Middle East region.

Photos with human-like figures made from beetroot, located behind a fence and barbed wire, were published on a Facebook support page for Hungarian border guards and the military.

The explanatory text under the post says that, surprisingly, such method have been successful; over the past four weeks no one has crossed the border.

Border guards probably constructed these scary figures as no one else has access to the installations where the photos were located.

On October 2, Hungary will hold a referendum on mandatory EU migrant quotas.

Residents of the country will be asked only one question, whether they agree to let the European Union to have the right to introduce mandatory quotas for non-residents in Hungary without the consent of the Hungarian Parliament.

Hungary is the so-called “migrant entrance gate” into the European Union. In 2015, a fence and barbed wire were constructed to stop the flow of migrants.