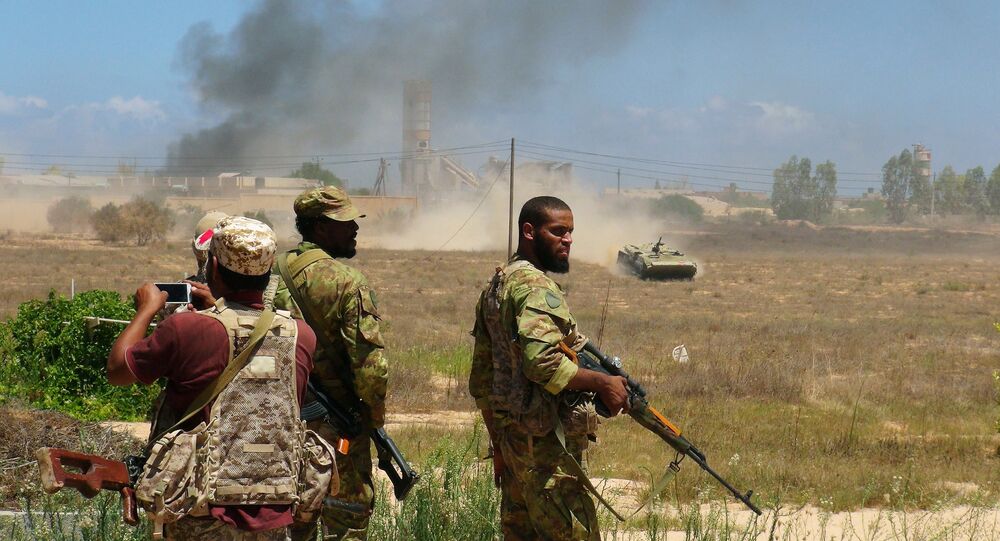 No EU summit is foreseen in the near future on the situation in Libya despite Italy’s suggestions to discuss the issue, an EU source told Sputnik on Tuesday.

MOSCOW (Sputnik) — In an interview revealed on Sunday, Pier Ferdinando Casini, the chairman of the Foreign Affairs Committee of the Italian senate, urged the European Union to hold a summit on the volatile situation in Libya.

"I can only confirm that there is no such summit foreseen at this point," the EU source said.

The statement comes amid reports that hundreds of Daesh-affiliated militants started to flee Libya after attacks of ground forces as well as US air strikes against militants during fighting for the Libyan city of Sirte.

© AFP 2021 / Ismail Zitouny
US Forces Conduct 2 Airstrikes in Libya in Support of Anti-Daesh Operations
On Saturday, Giacomo Stucchi, the head of the Italian Parliamentary Committee for the Intelligence and Security Services and for State Secret Control (COPASIR), said that radicals from the Daesh terrorist group (outlawed in Russia) fleeing Libya could try to reach Europe by hiding among migrants who crossed the Mediterranean in boats.

Libya has been in a state of civil war since May 2014. The United Nations helped to bring about a ceasefire in late 2015 and on March 31 the UN-backed unity government took office in Tripoli. The government has so far failed to unite the country.