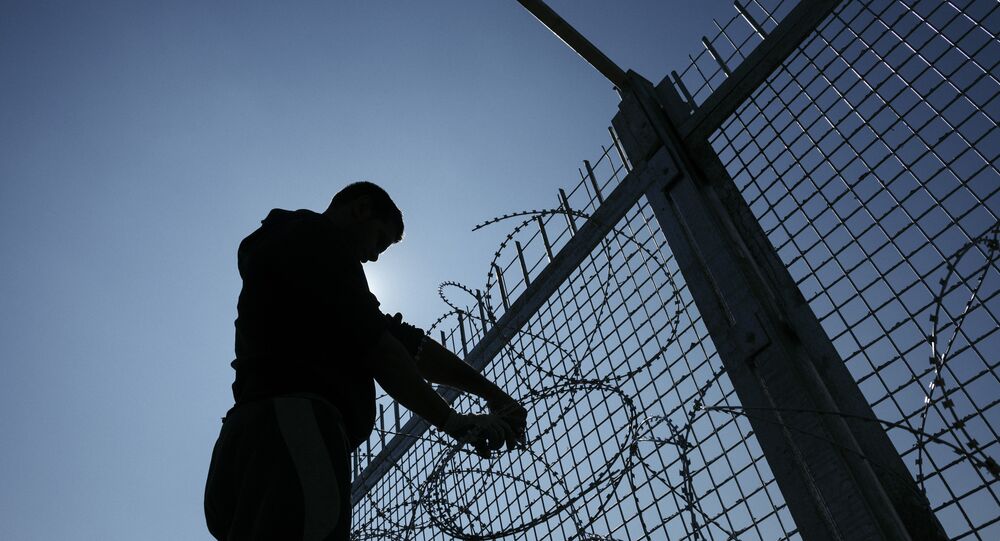 MOSCOW (Sputnik) — On August 11, UN High Commissioner for Human Rights Zeid Ra'ad Hussein criticized Bulgaria for its approach to the migrant issue, stressing that criminalizing migrants for entering and leaving Bulgaria irregularly was against international law and that jailing migrants was not a solution.

"You have to consider that very rarely while in Bulgaria the people complain and even when assistance is offered to apply before police or court, rarely someone is willing to proceed. Majority are single men from Afghanistan, who try to leave asap Bulgaria," Stoyanova said.

© AFP 2020 / NIKOLAY DOYCHINOV
Bulgaria to Set Up Internal Checkpoints to Counter Migrant Smugglers
In the last eight months, the Office of the UN High Commissioner for Human Rights (OHCHR) staff have paid two visits to Bulgaria, aimed at assessing the policies and practices relating to treatment of migrants and refugees in the country.

On July 22, Bulgarian Prime Minister Boyko Borissov said the country was preparing for an increase in the numbers of migrants crossing the country's border with Turkey. A total of $3.6 million was approved for the construction of an anti-migrant fence on the Bulgarian-Turkish border in response to the growing number of migrants reaching Bulgaria.

Along with other European countries, the Balkan nation is struggling to handle the massive refugee crisis as hundreds of thousands of refugees flee war and poverty in conflict-torn countries in the Middle East and North Africa and head for the European Union.

Bulgaria to Set Up Internal Checkpoints to Counter Migrant Smugglers