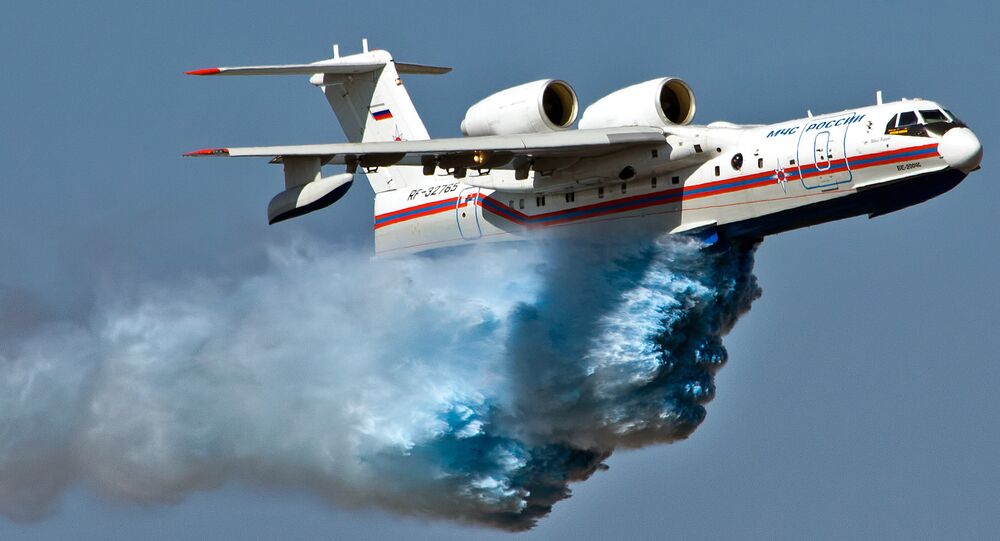 MOSCOW (Sputnik) — The Russian Emergencies Ministry’s Beriev Be-200 amphibious aircraft managed to put out two fires in continental Portugal, which has been suffering from wildfires for the past week, the ministry said in a statement on Tuesday.

According to the statement, on Monday, the aircraft carried out two sorties to extinguish the burning forests. They made 17 discharges of water with a total weight of 200 metric tonnes (220 US tons), the statement added.

"Thanks to the work of the Russian Emergencies Ministry pilots, the fire was prevented from spreading in the direction of two settlements — Castro Laboreiro with a population of 1,000 people and Viaden de Baixo, where 15 farms were saved from fire, and Peneda-Geres national park,” the statement continues.

© Sputnik / Roman Denisov
Russian Amphibious Aircraft Arrive in Portugal to Help Tackle Wildfire
The Russian Emergencies Ministry said on Friday that it was sending two Be-200 Altair amphibious aircraft at Portugal’s request to assist it in battling forest fires in the country.

The Beriev Be-200 is well suited for firefighting missions. It can take in up to 12.5 metric tons of water in a few seconds while traveling over the surface of the water and then drop its load onto the flames.