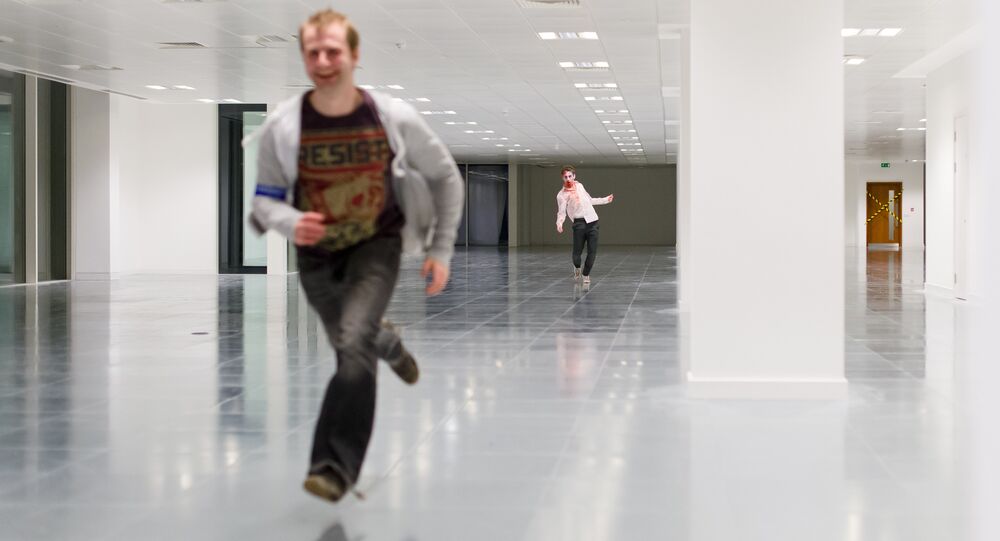 The Home Office have launched a blade crackdown following figures that show there were a recorded 28,664 knife offenses between 2015-2016: a 10 percent rise in knife-related crimes compared to the previous 12 months

The particular blades under the spotlight — zombie knives — are named for the fact that they often have words or images that glamorize violence, which are sometimes inspired by horror or apocalypse films.

​They can be sold as seemingly innocuous collectors items for as little as £10 (approximately US$13).

​Police officials claim they are increasingly being used in gangs as a sign of toughness. Those caught making or selling the items will now face up to four years in prison.

Alf Hitchcock, the National Police Chiefs' Council expert on knife crime, told the BBC Today Programme that zombie knives are "horiffic," and a growing problem because they provide a "degree of kudos" among gang members.

"The vast majority of robberies, assaults and homicides do involve kitchen knives…but these specific weapons, these zombie knives, have suddenly become very popular as a sign of bravado in gangs," said Hitchcock.

​Earlier this year, a 17-year-old was convicted of manslaughter and jailed after teenage student Stefan Appleton was stabbed to death with a zombie machete in north London in June 2015.

This is the type of 25in Zombie Killer knife used to kill Stefan Appleton, 17, in park in #Islington. #HeartNews pic.twitter.com/MaEFyWI7Ll

​So far in 2016, 401 people have been arrested with 2,011 weapons taken from the streets by 13 police forces across England and Wales.

However, gun and knife crime is at its highest level since the 2011 London riots swept the capital, and other major UK cities.

Earlier this month, Simon Marcus, of the Riots Victim and Communities Panel, a government adviser appointed following the riots, warned that it is highly likely that a drop in police stop and search usage has led to this rise.

In the last two years knife crime in London rose by 16% while stop and searches decreased by 41% in a year.

"Hardened repeat offenders often don't spend long in prison and with reduced stop and search the chances of getting caught with a gun or a knife are low," Marcus said.

As far as I can make out these are the street etc knife/firearm incidents that appeared in the media over 11 days. pic.twitter.com/yq8QM1wPrd

"Despite improvements in education, too many kids aren't taught basic values or right from wrong, and there are too many absent fathers. There is also a fear among the police of being branded racist which hasn't helped cut crime, but has lowered morale."

However, London's Metropolitan Police said the rise in knife crime cannot be pinpointed to only one factor.

Tragic & unnecessary. Knife crime rife in London but not news worthy or good for tourism. Over to you Sadiq. Total knife ban?#LondonStabbing

​In July, London Mayor Sadiq Khan pledged US$515,000 for the "growing problems" of knife crime and youth violence.

The zombie knife ban applies to England and Wales, while legislation is also expected to be introduced in Northern Ireland.