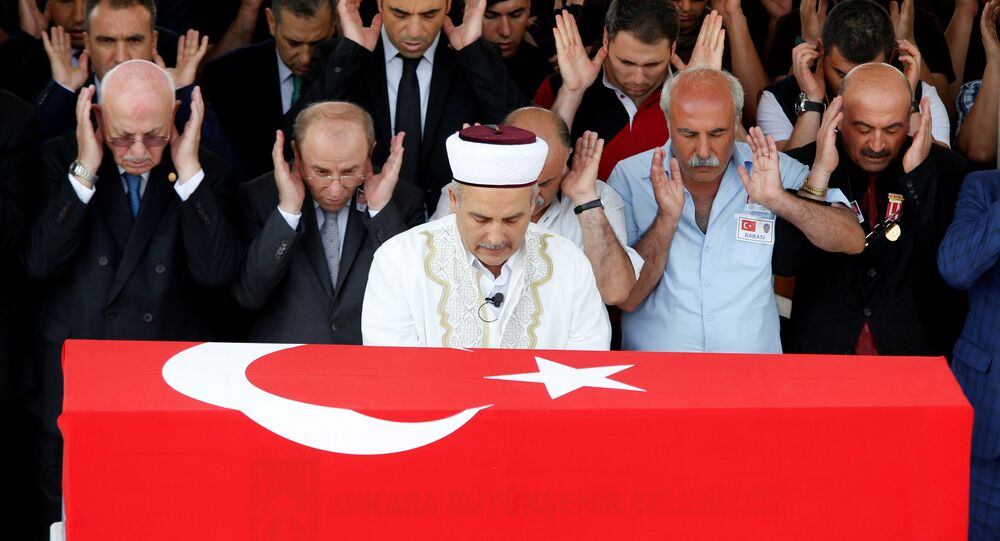 Exactly one month since the failed coup in Turkey, tensions between Ankara and the EU have increased, with Turkish Foreign Minister Mevlut Cavusoglu warning that the EU-Turkey migrant deal could be cancelled by October, unless Turkish citizens are granted visa-free travel within the bloc.

When asked whether hundreds of thousands of refugees could head to the EU in October if Ankara's visa liberalization demands were not met, Cavusoglu told German newspaper Bild:

"I don't want to talk about the worst case scenario — talks with the EU are continuing but it's clear that we either apply all treaties at the same time or we put them all aside."

The matter of visa-free travel has been an issue of contention between Turkish and EU authorities, with Ankara demanding Brussels lift current restrictions, as was negotiated as part of the migration deal.

#Turkey FM Cavusoglu told a German paper: either EU grant Turks visa-free travel in October or the migrant deal with Turkey is off.

​However, EU officials have rejected the Turkish claims, saying that visa liberalization for Turkish citizens will be met once Turkey meets a series of conditions and guidelines, including the reformation of its anti-terror laws.

In the tit-for-tat between Ankara and Brussels over the issue, Cavusoglu pointed to the migration agreement, which laid out that all Turks would have visa restrictions lifted by October.

After our agreement w/EU on migration crisis, daily irregular crossings have reduced to below 50 these days from 7000 in October 2015.

​"It can't be that we implement everything that is good for the EU but that Turkey gets nothing in return," he said.

While relations between Turkey and the EU have been gradually deteriorating in recent times, the tension between the two parties has been exacerbated by the failed coup one month ago.

Turkey cracks down on free media and arrests people on dubious grounds. Still wants visa free travel to the EU. That must be a no go.

​EU officials have openly criticized the Turkish response to the failed coup, condemning the widespread arrest of military officials, academics and journalists, while the proposed re-introduction of the death penalty led Austrian officials to declare they would block any further talks associated with Turkey's accession into the EU.

Huge anger in #Turkey towards west for perceived lack of support after coup. After Ukraine revolution, NATO/EU came. No western leader here

​Meanwhile, on the other hand Turkish officials have been increasingly vocal in their criticism of Brussels, accusing EU member states of showing a lack of support to President Recep Tayyip Erdogan's government in the wake of the coup attempt, while there have been additional threats and warnings over the future of the Turkey-EU migration deal, which would be disastrous for the bloc should it collapse.

The criticism has particularly been directed towards Germany, with the German parliament's decision to recognize the Armenian genocide in June kicking off a summer of increased tension between Ankara and the EU's strongest economic and political power.

I support the Germany! Germany have done very well, with recognizing the Armenian genocide in Turkey!

​Turkish government officials have publicly criticized many German MPs of Turkish origin for their support of the genocide vote, which has divided Germany's significant ethnic Turkish community.

Meanwhile, there was further anger when Erdogan was banned from speaking via video link at a public event denouncing the country's failed coup.

​As the tensions increase and Turkey's demands remain, the crucial relationship between the EU and Turkey remains on thin ice, with fears it could result in the collapse of the bilateral migration deal.