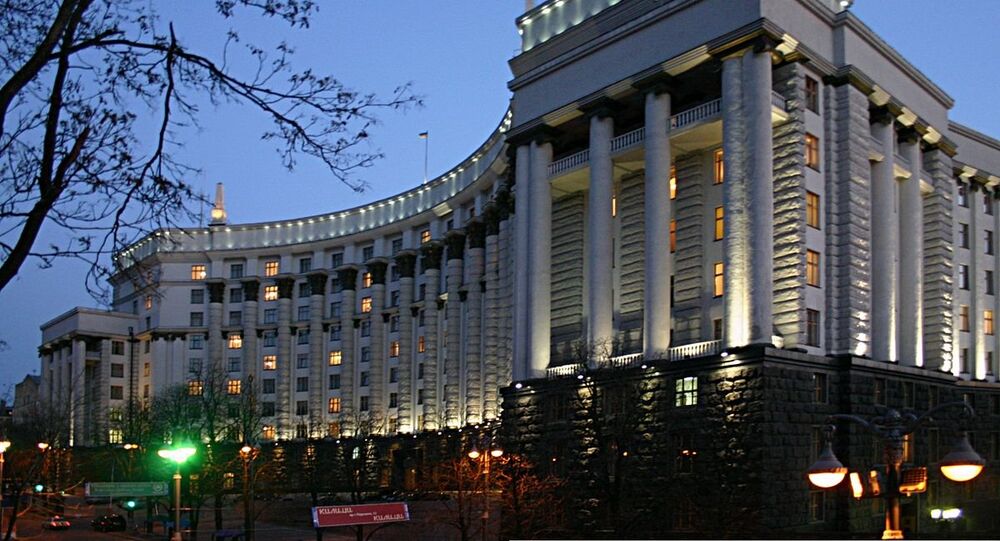 All of Ukraine's major creditors, from the World Bank to the European Bank for Reconstruction & Development, the European Investment Bank, and Germany's KfW Development Bank, are concerned about Kiev's inability to successfully absorb the funds that have been allocated to the country, a World Bank official working in Ukraine told local media.

Speaking to Zerkalo Nedeli, once considered to be one of Ukraine's most influential analytical newspapers, World Bank Ukraine projects manager Claudia Maksimenko complained that Ukraine's bureaucracy, combined with officials' obsession with their own financial bottom line, is preventing the country from effectively absorbing the funds that have been allocated.

According to the official, one the main problems is a lack of flexibility in decision-making among Ukrainian authorities, with negotiations with their counterparts from the Bank "usually ending with lawmakers convincing themselves that the necessary changes will not affect their business interests."

© Flickr / U.S. Embassy Kyiv Ukraine
US Ambassador Pyatt's Parting Message to Ukraine: Hang In There Guys!
Voicing her frustration, Maksimenko also told the paper that "sometimes, I get the impression that the World Bank needs its projects in Ukraine" more than Ukrainian authorities do. "But we do not really earn anything on these projects; investments from Ukraine are not a source of our income."

"Moreover, if projects are not implemented or are not implemented in full, this becomes a loss for us, because we spend our own funds drafting the projects, which Ukraine is not obliged to repay us. These services are not included in the loan, and the team spending its time developing and supervising the unrealized or ineffectively realized projects could spend its energy addressing other, equally pressing problems elsewhere."

The official emphasized that discussions with other major creditors involved in Ukraine have confirmed that they face the same problems.

Furthermore, Maksimenko said that "experience with similar projects in other countries demonstrate that they can theoretically be implemented in Ukraine, but experience, unfortunately, is convincing us that the opposite is true."

© AP Photo / Itsuo Inouye
IMF to Keep Ukraine Waiting for Second Tranche of Money
Commenting on the official's words, Zerkalo Nedeli pointed out that authorities in Kiev constantly talk about the need for more external funding, the need to raise investment, and the need to improve the country's regulatory environment and business climate, etc.

Ukraine has received a total of $6.5 billion in support from the World Bank since May 2014. It's sister agency, the International Monetary Fund, has recently confirmed that would have to conduct another review before disbursing an additional $1.7 billion in loan funding to the country. Earlier this year, the IMF approved a four-year program of financial aid to Ukraine, stipulating a $17.5 billion loan. The Ukrainian government has been forced to implement austerity policies to comply with IMF requirements for the distribution of the funds, including deregulation, spending cuts, and increases in utilities prices.