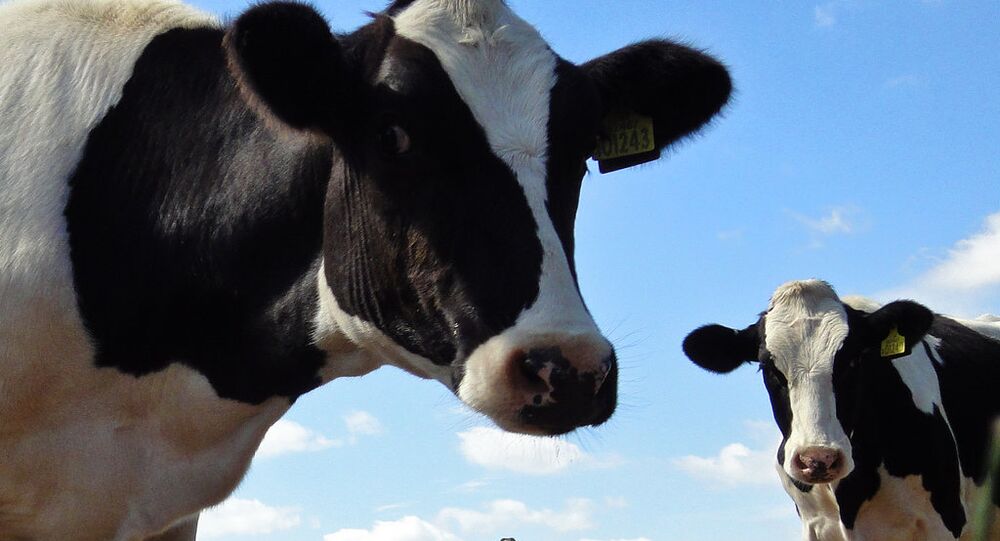 Like its Nordic cousins, Sweden has traditionally prided itself on its green and ecologically clean pastures, but its dairy industry has long been in an downward spiral. The crisis was aggravated by the EU's anti-Russian sanctions, with one dairy farm closing down every day for the past two months on average.

It may seem odd, but while the Swedish dairy farmers are experiencing the worst crisis in decades, Sweden imports more dairy products than ever. Today, the import of dairy products is eight times higher than 30 years ago. Last year, nearly 100,000 tons of yogurt and nearly 130,000 tons of cheese were imported into Sweden, further worsening the crisis, according to figures from the LRF.

According to Lennart Holmström, the LRF's expert on market analysis, dairy products from other EU countries are sold at low prices, spurring local consumers to drop their Swedish-made equivalents and leading to ruinous consequences for the industry.

"Milk production in the world has increased, while we have a situation where Russia is boycotting food from the EU and China is buying less and less," Claes Henriksson of the Nordic milk giant Arla, which was hit hard by the decline, explained to the tabloid newspaper Aftonbladet earlier this year.

According to him, more milk is produced worldwide, which undermines demand and pushes down prices. Additionally, the EU notoriously abolished milk quotas, which prompted major dairy makers such as Germany and the Netherlands to increase production.

European Dairy Industry in Crisis Due to Russian Food Embargo