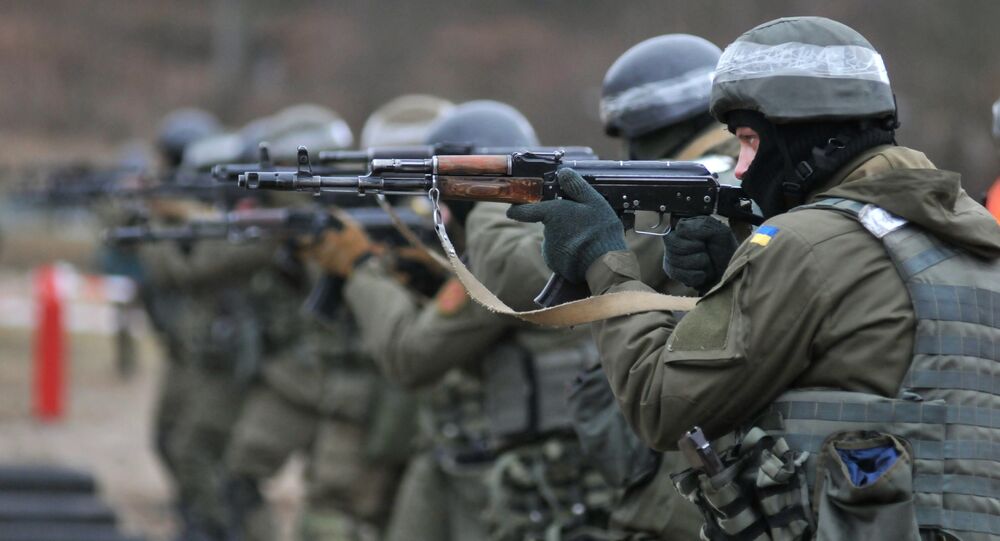 Ukrainian President Petro Poroshenko ordered Thursday to put all military units near the border with Crimea and in Donbass on high combat readiness.

"Held a meeting with the leadership of defense agencies and the foreign ministry…ordered to put all units near the administrative border with Crimea and along the entire line of contact in Donbass on high readiness," Poroshenko said on Twitter.

The move comes a day after the Russian Federal Security Service said it had foiled terrorist attacks in Crimea organized by the Ukrainian main intelligence directorate, and stamped out a spy ring detaining both Russian and Ukrainian nationals involved in the plot. Two Russian officers were killed.

© Sputnik
Putin: Foiled Attack in Crimea Worrying, Kiev Resorts to Terror Instead of Ukraine Settlement
Kiev has been conducting a military operation against Donbass independence supporters since spring 2014, when they refused to recognize the new coup-imposed Ukrainian government and declared sovereignty.

Crimea rejoined Russia after a 2014 referendum in which over 96 percent of the Crimean population voted in favor of reunification. Sevastopol, which has a federal city status, supported the move by 95.6 percent of the votes.