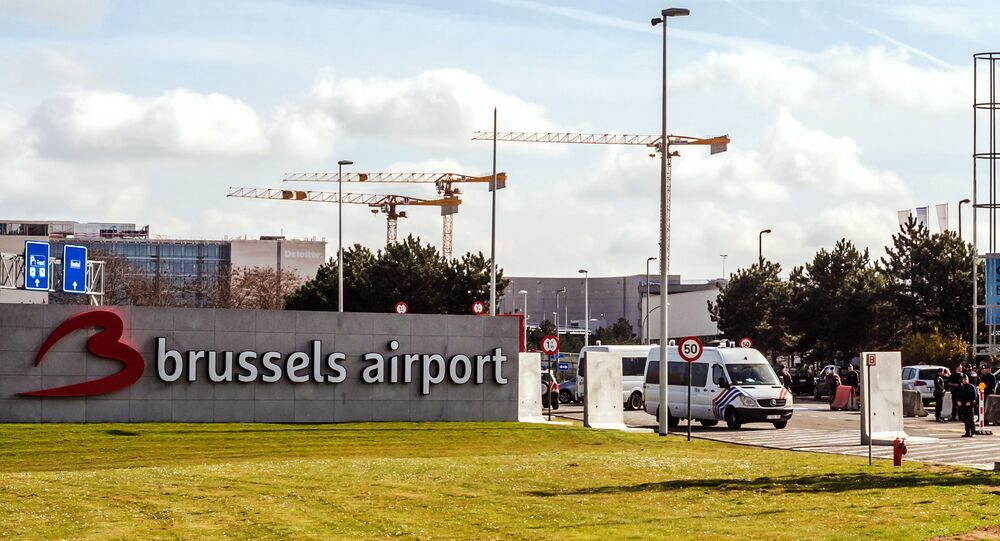 "Two plains have already landed, everything is ok, everybody is safe," a source at the Brussels Airport told Sputnik.

A police source confirmed that, "there is no problem at all, everything is ok."

It appears both planes have landed safely in #Brussels #Zaventum https://t.co/qptDIRljNU

Belgian prosecutors said the threat was serious enough to take action, although no details were disclosed, according to VRT. Later in the day, RTBF reported citing the Belgian federal prosecutor that the bomb threats appeared to be false.

"After an investigation, the prosecutor's office found that there is no threat, the situation returned to normal, the planes fly on schedule," the Belgian TV channel reported.

BREAKING #Belgium #Brussels airport #Zaventem BOMB alert in 2 aircrafts that are about to arrive at the airport pic.twitter.com/bISmwoVhAY

An Air Arabia Maroc plane was reportedly diverted to Toulouse, while a Scandinavian SAS plane from Oslo landed in Brussels.

Reports one aircraft with a bomb threat was SAS #SK4745 inbound to Brussels from Oslo. Aircraft landed approx 19:02 ⚠

A representative of Brussels' fire-fighters, Rierre Meis, told RIA Novosti that a false report about bomb threats aboard two passenger planes, which were due to land at the Brussels airport, was received via a call to the country's emergency services from a hospital.

"We are talking about calls received by the "112"[emergency service] in Brussels. The Brussels' office of the "112" called the Belgocontrol to find out whether we are talking about the two planes, which seemed to have explosives aboard. But when the service called the Belgocontrol, these two planes already landed. It is probably an intentional false threat", he told RIA Novosti.

Some flights have been redirected to other airports because of the reports of a possible explosive device aboard the two planes bound for Brussels.
An Air Arabia Maroc passenger jet has been diverted and landed in the French city of Toulouse, sources told the VRT broadcaster.

Bomb alarms have been frequent in Belgium in the past several weeks and the authorities are taking all the necessary precautions, a federal police spokeswoman told Sputnik on Wednesday, as news emerged of bomb threats on two Brussels-bound planes.

"All I can say at the moment that these weeks there were often bomb alarm[s] in Belgium. We take all the precautions," Sandra Eyschen said.

Medical emergency services have been alerted.