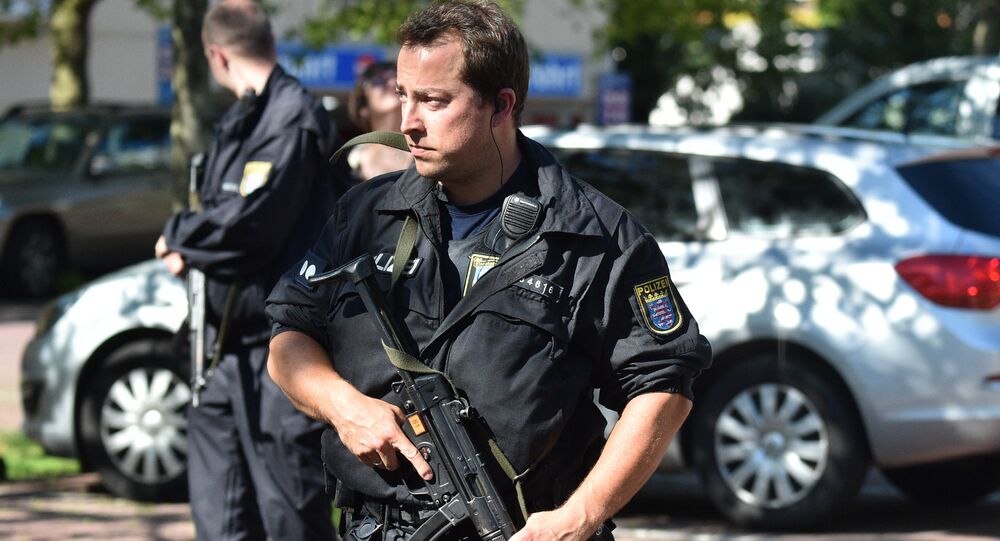 A 24-year-old Syrian asylum seeker has been arrested by a special response unit of the German police service, SEK, in the western state of Rhineland-Palatinate, after law enforcement received a tip-off that he was planning a terrorist attack.

MOSCOW (Sputnik) — The suspect was arrested in the town of Mutterstadt on Friday after inmates in a prison in the state of North Rhine-Westphalia reported overhearing a conversation in which the planning of a terrorist attack was alluded to, Westdeutsche Allgemeine Zeitung newspaper reported.

Last month, an Afghan asylum seeker carried out an ax and knife attack on a train near Bavaria's Wuerzburg, wounding five tourists. A few days later, a Syrian refugee set off a bomb outside a music festival in Ansbach, also in Bavaria, killing himself and wounding 15 bystanders. Daesh, banned in Russia among other countries, claimed responsibility for both attacks.

Austrian Security Services on Alert After Terror Threat Against Police