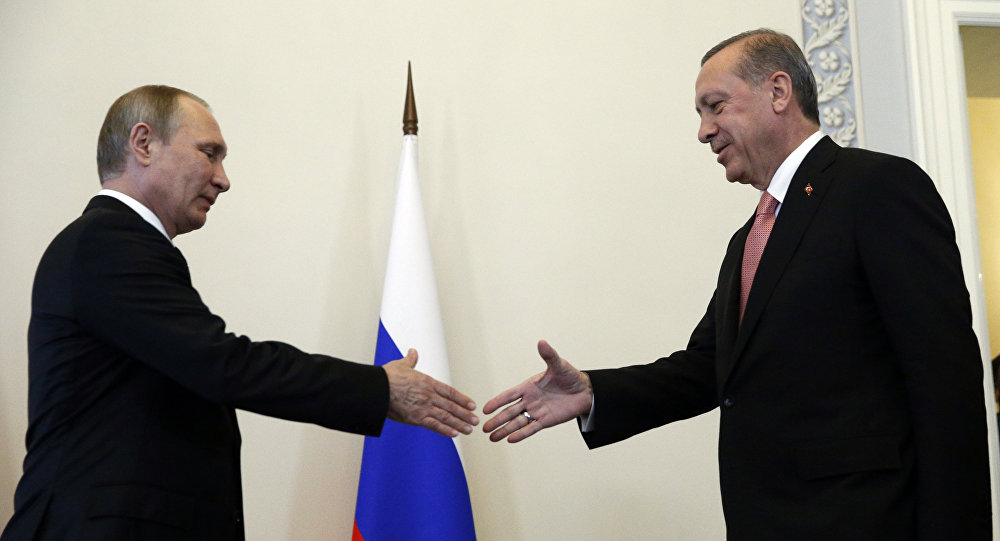 Russian President Vladimir Putin said at a press-conference with his Turkish counterpart Recep Tayyip Erdogan on Tuesday that Ankara has made a positive decision to resume the projects of the Akkuyu nuclear power plant and the Turkish Stream gas pipeline. Erdogan confirmed the initiatives.

"We have discussed major joint projects in the fields of energy whose resumption require political decisions. The Turkish side has already taken corresponding decisions on the Akkuyu nuclear power plant construction and the Turkish Stream gas pipeline," Putin said.

Russia and Turkey signed an agreement to construct and operate Turkey’s first nuclear power plant at the Akkuyu site in the Turkish southern Mersin Province in May 2010. The plant is expected to produce about 35 billion kilowatt-hours per year.

“I would like to emphasize that we are willing to provide strategic investment status to the Akkuyu project, and we have just reached an understanding on this issue with President Putin. We also intend to promote cooperation in the area of defense industry and defense production,” he stressed.

The Turkish Stream pipeline project to deliver Russian natural gas to Southern Europe via Turkey may get underway in the near future, Putin said.

“We have initially considered the Turkish Stream not as an alternative to the South Stream, but as an opportunity to expand our cooperation in the area of gas supplied both with Europe and with Turkey,” Putin said.

“Providing this project with the strategic investment status which we have requested from Turkey, and this request Turkey granted today, it’s a project worth tens of billions of dollars, we believe it can be implemented and we are confident it will be that way,” he stressed alongside Turkish President Recep Tayyip Erdogan.

"To accelerate this project is one of our pending tasks, and I think it is a right decision," Erdogan said.