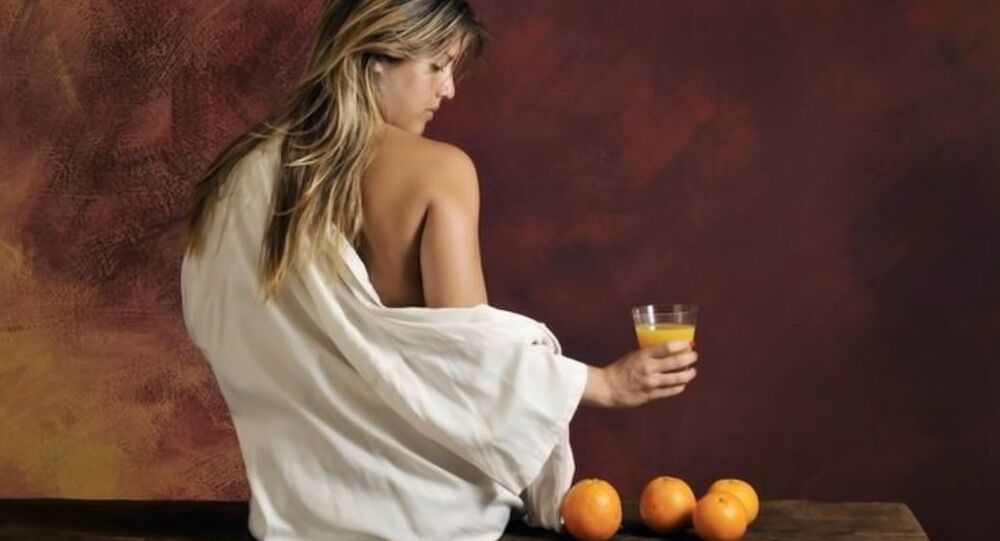 Naked Lunch: Restaurant Ready to Sell Food to the Nude in Paris

Paris is the birthplace of restaurant culture and has seen some interesting approaches to it, such as a blind café where none of the lights are on. Now a naked restaurant has opened in London, and promises to provide diners with well-cooked organic food and ‘fruity’ atmosphere in Paris as well.

"People are seeing a new side of France — everyone knows about the wine, the gastronomy, the winter skiing, and the city breaks, but this is a bit more unusual," said the campaign's spokesperson.

Last month, the restaurant Bunyadi opened in London and proved to be a success.

The concept is simple. Bunyadi encourages customers to “free” themselves and enjoy a “natural” dining experience. They are offered the opportunity to wear a gown or remove it during dinner.

All dishes are served by nude staff and the menu offers vegan and non-vegan organic food.

The design is quite chilled as well. It is similar to a luxury spa, with candlelight and bamboo everywhere.

Now that the restaurant is up, its creators hope to spread out, opening another in the capital of France.

"It's going to be the same in Paris as it has been in London. Back to the start, no mobile phones, all natural, candles, and raw, organic food," explained the restaurant’s assistant.

© Photo : Pixabay
All Aboard! Boeing 737 Restaurant Opens in China
The restaurant in London proved its concept strong, and since its opening last month, more than 46,000 people are on its waiting list.

Organizers hope that the one in Paris will be just as successful.

Indeed, the French are used to nudity. Many of them get naked when protesting and some love to go to nudist beaches.

"We think the French would pretty much love this, there are a lot of naturists there," said the restaurant's spokesperson.

The planned date for the restaurant's opening is in September.