In an interview with Sputnik, Turkish political expert and President of the Turkish Asian Center for Strategic Studies, Suleyman Sensoy, commented on the upcoming meeting between Russian President Putin and Turkish President Erdogan in St. Petersburg and the main problems that may stand in the way of resuming the Turkish Stream project. 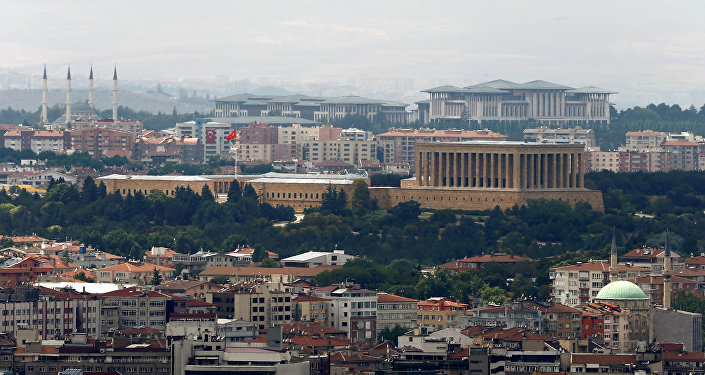 © REUTERS / Umit Bektas
Ankara, Moscow Should Regain Pre-Crisis Level of Ties - Turkish Minister
During the meeting on August 9, the leaders of Turkey and Russia plan to discuss large-scale projects, including the Turkish Stream.

"This project would bring quite radical geo-economic changes, beneficial for both Russia and Turkey. Therefore, one must persistently and jointly work on the successful implementation of this project," the expert said.

According to Sensoy, each project has its supporters and critics. Turkish Stream is no exception.

"In geostrategic terms, each large-scale energy project involves those who benefit from its implementation, and those who lose. With Turkish Stream, it is the same way. There are countries which would gain many benefits from this project, but there are also those states which are unwilling to implement it due to the fact that it can reduce the possibility of the diversification of energy supplies. And that's fine. It is normal economic competition. But it is important that all parties react to this competition in a constructive way," Sensoy stated.

On August 8, Erdogan announced that there are no obstacles to the implementation of the project.

"We are ready to immediately take steps towards the realization of this project, discuss it and make a corresponding decision. There are no obstacles to that," Turkey's President said.

However, Sensoy believes that Turkish Stream is unlikely to be implemented this year.

"I think that the active phase of the pipeline construction will be in 2017-2018," the expert said.

© AFP 2019 / MUSTAFA OZER
Russia Ready to Implement Turkish Stream Infrastructure Projects
The Turkish Stream gas pipeline project, designed to bring Russian gas into Turkey and Southern Europe via the Black Sea, has been subject to lengthy discussion. Its implementation was suspended in November in connection with the Su-24 incident. The project is set to have an annual capacity of 32 billion cubic meters of gas. Around 14 billion cubic meters of gas will be supplied to Turkey, with the rest being pumped to a hub on the Turkish-Greek border for customers in Europe.

Ankara and Moscow ended seven months of strained relations in late June when Erdogan wrote a letter to Putin, apologizing for the downing of the Russian Su-24 attack aircraft by a Turkish jet in November 2015 over Syria and extending his condolences to the family of the pilot killed in the incident.