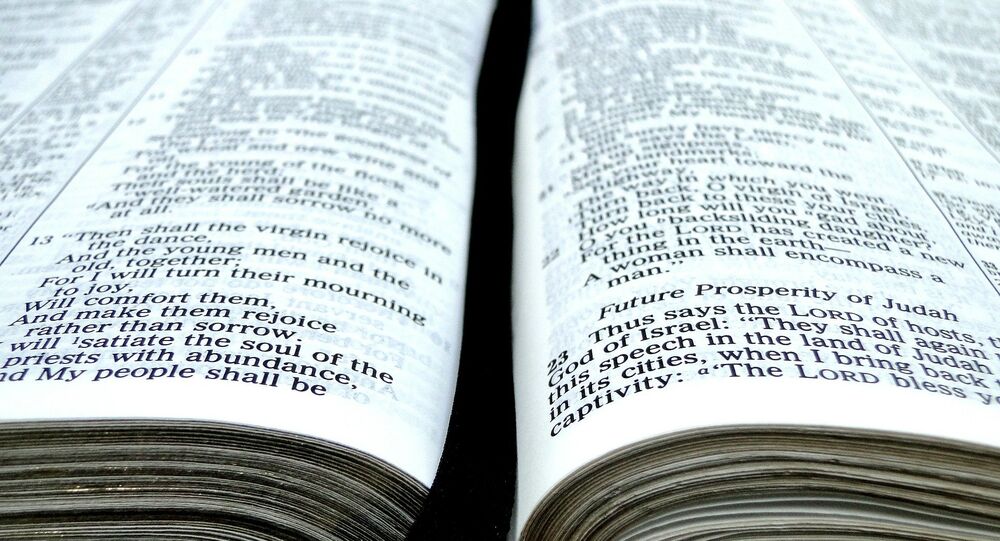 A Swedish evangelical free church admittedly has plans to use drones to "bomb" Daesh-controlled areas in Iraq with thousands of Bibles.

"The Bibles are the size of a pill box and are equipped with a display. They require no electricity, but run on their own," mission director Christian Åkerhielm told Swedish broadcaster SVT.

According to Livets Ord's website, the mission's ambition is to convey the love of the Christian gospel to the population, living in sealed-off areas under terrorist rule, devoid of human rights.

"We start our project in a few weeks and hope to drop thousands of Bibles," the group's spokesman said, citing eventual help from a yet undisclosed organization.

© Sputnik / Vladimir Presnya
Swedes Lost Their Fear of God
According to Åkerhielm, the idea is to help as many people as possible to partake in the Bible's message. At the same time, he rejected claims that the "Bible bombing" may be regarded as a provocation, stating that the praxis of Bible dissemination is nothing new.

"Personally, I came to think of how Christian organizations smuggled Bibles into the Soviet Union back in the 80s," Åkerhielm said.

At the same time, Åkerhielm was careful to point out that the spread of Bibles was only one of the many ways Livets Ord utilized its aid.

"Above all, we work with humanitarian assistance. We have education and food projects, as well as many others across the Middle East," Åkerhielm said.

Livets Ord, literally Word of Life, was founded in the 1980s and is one of Sweden's largest free churches within the Swedish Word of Faith movement. Headquartered in Uppsala, Livets Ord runs subdivisions in Gothenburg and Jönköping, which are expected to have circa 3,300 members. Previously, Livets Ord was often accused of sectarianism as well as donations promoting Israeli settlements on Israeli-occupied territories.

© AFP 2021 / JOHN MACDOUGALL
Money Loves to be Counted: Church of Denmark Losing Its Flock
Aside from church, the movement also runs academic schools for all ages and Bible Schools as well as sends missionaries to, among other places, former Soviet states. The current leader of the Swedish Christian Democrat party, Ebba Busch Thor, who also hails from Uppsala, attended one of Livets Ord's schools until she turned 16.

Remarkably, its founders Ulf and Birgitta Ekman left the church in 2014 to convert to Roman Catholicism.

In Sweden, the concept of a "free church" implies any Christian Protestant denomination that is not part of the Church of Sweden. At present, there are dozens of free churches in Sweden, numbering a flock of almost half a million worshipers.