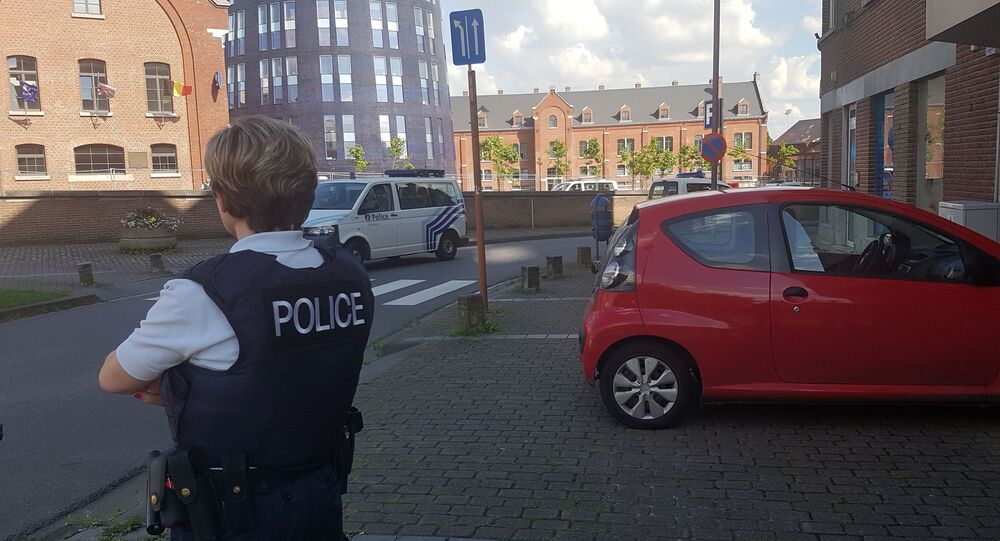 A man who attacked two police officers with a machete in the Belgian city of Charleroi was an Algerian citizen.

© AP Photo / VIRGINIE LEFOUR / BELGA
Daesh Claims Responsibility for Machete Attack on Belgian Police
BRUSSELS (Sputnik) — A man who attacked two police officers with a machete in the Belgian city of Charleroi was an Algerian citizen and had been living in Belgium since 2012, the Federal Prosecutor's Office said in a statement Sunday.

On Saturday, the attacker injured two police officers at a police station, screaming "Allahu Akbar." Local media reported that one of the officers had sustained serious injuries, while the other was slightly wounded. The perpetrator was shot by a third police officer and died later in a hospital.

"The attacker has been identified. We are talking about K.B., a 33-year-old male, an Algerian citizen who had been living in Belgium since 2012," the Prosecutor's Office said.

According to the statement, the attacker had been earlier prosecuted on criminal charges but never for links to terrorism. The prosecutors added that the man had had no weapons or explosives with him during the attack other than the machete.