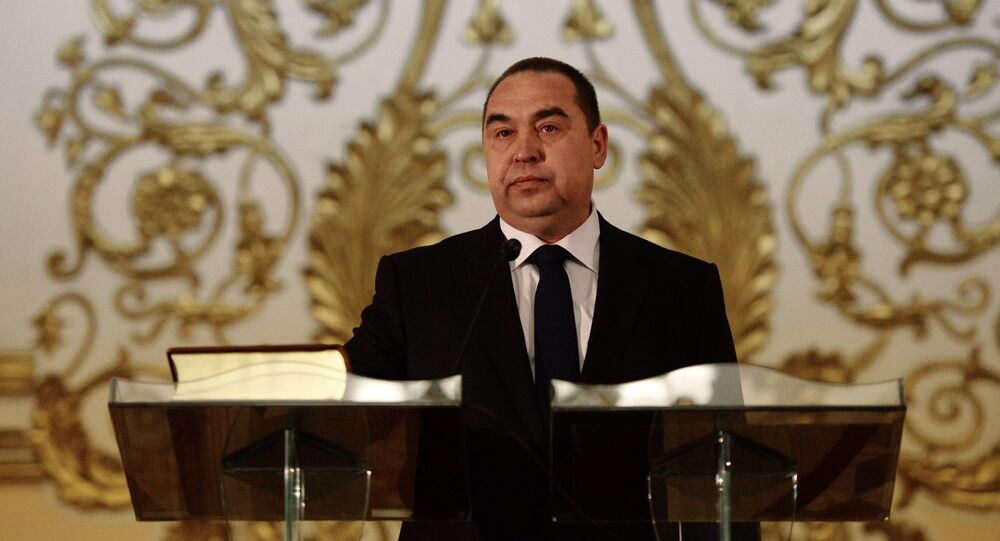 The head of the self-proclaimed LPR Igor Plotnitsky was hospitalized after a car explosion on Saturday morning, local media reported.

"The head of the republic was sent to one of the capital’s hospitals," the Lugansk Information Center reported.

According to the media, "the assassination attempt" took place in the eastern part of the city, damaging nearby buildings and leaving several people injured.

The territory around the site of the incident is reportedly cordoned off by police.

The eastern Ukrainian region of Donbass does not acknowledge the legitimacy of a February 2014 coup in Ukraine. The new Kiev regime launched a military operation against eastern Ukraine in April 2014 but failed to regain control over the breakaway territories.