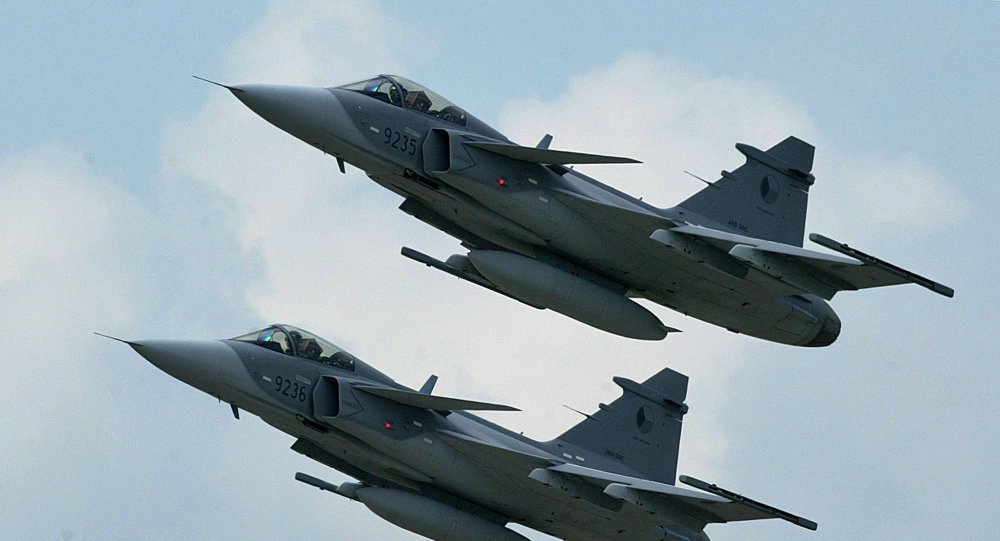 The Czech Republic and Slovakia are expected soon to sign an agreement on protection of the airspace, which, in particular, would allow Slovak or Czech pilots to use force over the territory of the other state, Czech media reported Friday.

© Flickr / Daniel Juřena
Czech Police Intensify Controls at Border With Germany to Prevent Migration
PRAGUE (Sputnik) – According to Ceske Noviny news portal, Czech and Slovak authorities agreed on airspace protection deal in May and the Czech government will discuss the text of the agreement in the coming weeks.

The agreement is expected to go beyond the framework of the so-called NATO Integrated Air and Missile Defense System (NATINAMDS), which protects Alliance's territory, populations and forces against any air and missile threat and attack. In accordance with NATINAMDS, Czech planes may accompany an aircraft, over Slovakia, which does not react to any signals and vice versa.

The new agreement will prescribe, in particular, that a Czech pilot may use weapons against a civil aircraft kidnapped by terrorists over Slovakia which can be used as a tool for a terrorist attack.

The Czech Republic has no similar agreements with any other state.