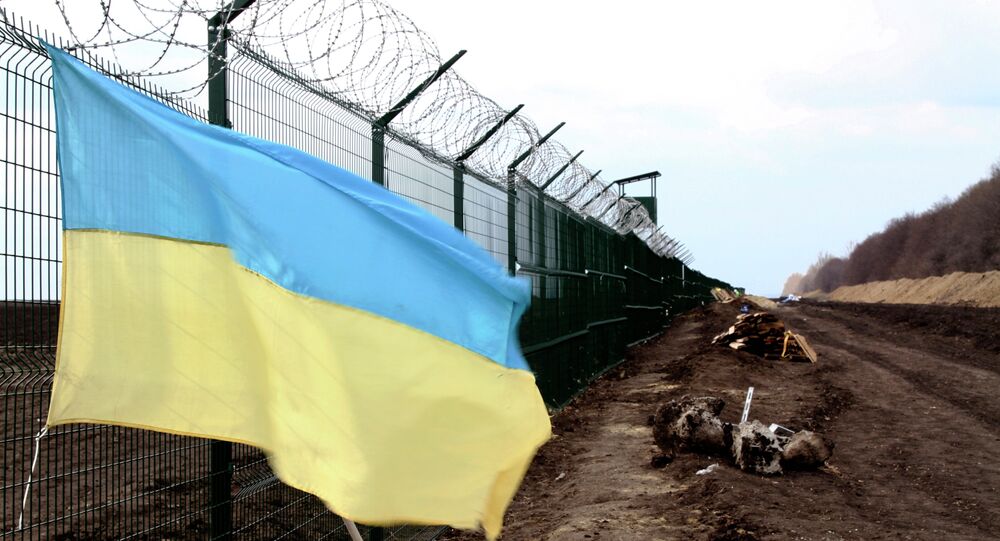 “We believe, and this is our position of principle, that the diplomatic missions in Kiev and Moscow should be led at the ambassadorial level,” Ushakov told reporters.

Russia has requested the diplomatic courtesy, known as Agrement, from Ukraine before appointing Mikhail Babich to the post of ambassador to the neighboring country, Kremlin spokesman Dmitry Peskov said last week. Russian President Vladimir Putin dismissed Mikhail Zurabov from the post on July 28, a decision that came into force after its publication on Thursday.

© AP Photo / Ivan Sekretarev
Lavrov to Discuss Ukraine, Russia-EU Relations During Visit to Slovakia
The Ukrainian Foreign Ministry's Olena Zerkal said Wednesday the issue of a new Russian ambassador in the country "has been removed from the agenda." Commenting on her remarks, Ushakov said upcoming talks would confirm whether that constitutes Ukraine's official position.

"In other words, we will await a clear signal from Kiev. And if we get confirmation from Ukraine of its readiness to positively respond to our proposed candidate, we will then send a formal request to Kiev for an Agrement," he stressed.

Ushakov said Moscow performed "first overtures through highly authoritative channels" and expects to receive a final signal on whether Kiev was ready to accept the offered envoy.

"If Ukraine prefers to lower the level of diplomatic missions, then that is probably how it will be," the official stressed, echoing Kremlin spokesman Dmitry Peskov's remarks the previous day.

He added that Moscow's candidate, rumored but not confirmed to be Mikhail Babich, was a highly experienced politician "who never allowed any anti-Ukrainian remarks," and who is "set to work constructively to resolve existing issues."

"And now we are awaiting some kind of final signal on this matter through closed channels," Ushakov said.

Russia Ready for Dialogue With Ukraine on Restoring Air Traffic