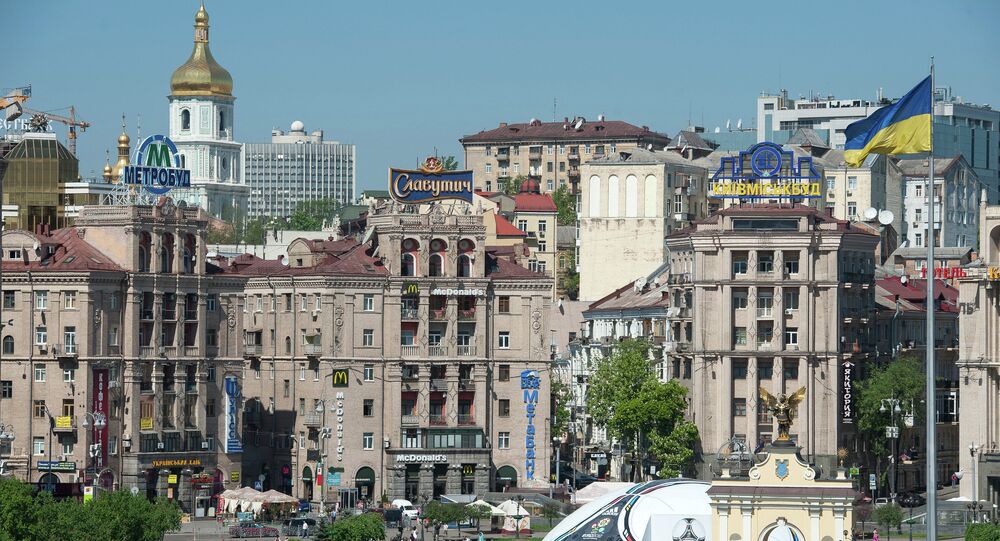 Kiev has taken out a loan from the US for the construction of a repository for spent nuclear fuel at the Chernobyl nuclear power plant.

"We have finally signed the loan agreement during a trip to the United States for $260 million for the construction of a dry storage facility for spent nuclear fuel, which will be built on the territory of [the former] Chernobyl [nuclear power plant]," Nasalik said.

© AFP 2021 / YURIY DYACHYSHYN
US Should Send Team to Ukraine to Assess Defense Needs - Ex-NATO Commander
The storage facility, which will be constructed with the participation of the US company Holtec International, is expected to become operational in 2018.

Ukraine transports spent nuclear fuel for reprocessing and storage to Russia, paying $150-200 million annually for the service. For this reason, Kiev decided to build its own nuclear waste repository for spent nuclear fuel.

The Chernobyl nuclear disaster happened in late April 1986 in the then-Ukrainian Soviet Republic. The catastrophe heavily contaminated neighboring areas, which now form an exclusion zone. Fallout from the disaster also affected areas in Belarus, Russia and the Baltic region.