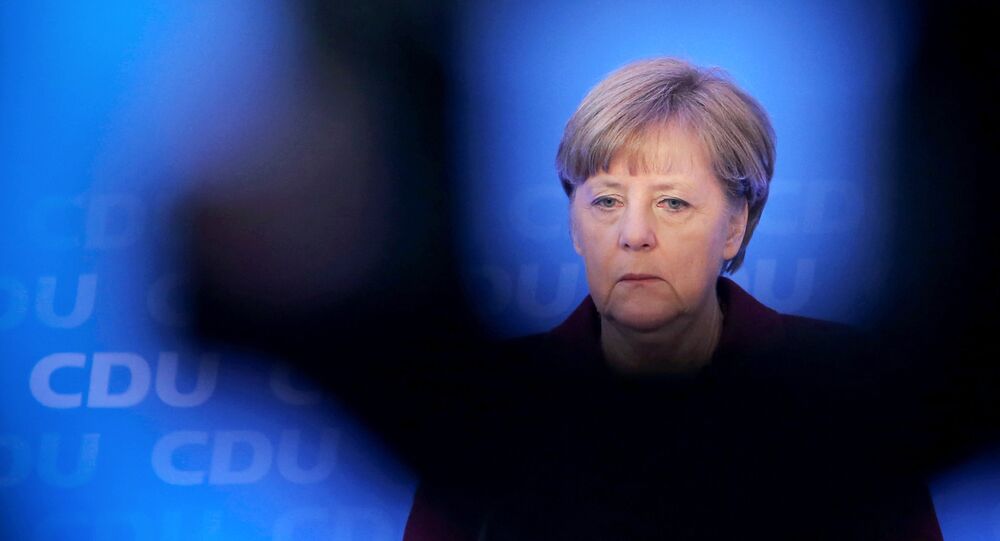 Support for German Chancellor Angela Merkel has dropped significantly even within her own coalition party following the attacks in Würzburg, Munich, Reutlingen and Ansbach and the renewed controversy over her refugee policy.

There is growing tension in Germany over the European migrant crisis, which many believe has exposed major flaws in EU security and intelligence failures, leading to a series of major terror attacks throughout Europe, including Germany.

Merkel heads the CDU party, that's in alliance with its sister organization, the CSU, in Bavaria, which has been the scene of several terror attacks recently. Although both parties are currently showing 35 percent support, according the Stern-RTL poll, support for Merkel herself within the CSU party is falling, with a 6 percent drop in personal support among CSU supporters, falling to 69 percent.

On July 18, a 17-year-old youth who had sought asylum in Germany was shot dead by police after wounding five people with an axe on a train near Würzburg, in Bavaria, where Merkel's CSU partner party is in power.

© REUTERS / Arnd Wiegmann
A candle with the words 'Why?' written upon it is placed next to flowers near the Olympia shopping mall, where yesterday's shooting rampage started, in Munich, Germany July 23, 2016.

On July 24, a 27-year-old Syrian man, who was denied asylum, blew himself up on June 24 outside a music festival in Ansbach — Bavaria — injuring 12 people.  Also on July 24, a 21-year-old Syrian refugee was arrested after killing a pregnant woman and wounding two people with a machete in the southwestern city of Reutlingen, near Stuttgart.

With Bavaria having borne the brunt of the migrant crisis — being the main port of entry for migrants on the West Balkan route — and being the target of recent terror attacks, there is growing anger at Merkel for her 'open doors' policy on migrants.

The CSU party in Bavaria has been in alliance for Merkel's CDU party for decades, but now support for her is plummeting and she could face a challenge from within the CSU at next year's federal elections.