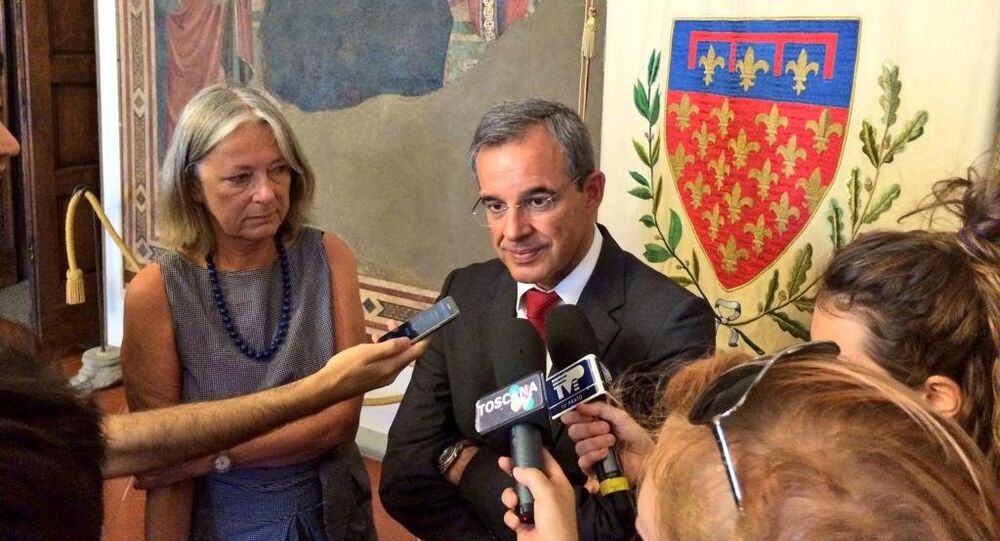 French lawmaker in the lower house of parliament, Thierry Mariani, told Sputnik on Wednesday he will seek legal action against a fellow parliamentarian who accused him of toeing Russia’s line on Crimea.

PARIS (Sputnik) — Mariani, a member of the National Assembly’s Foreign Affairs Committee from Nicolas Sarkozy's right-wing The Republicans party, headed a delegation of French lawmakers that visited Crimea last week. He was labeled a "pro-Putin puppet" by leftist Alexis Bachelay on Twitter for the trip.

"I contacted police before lodging a complaint," Mariani told Sputnik. "Twitter’s problem is that it has turned into a place of groundless accusations."

© Sputnik / Sergey Malgavko
'Crimea is Russian, It Will Never Change' - French Parliamentary Delegation's Head
He emphasized that Bachelay, as a fellow parliamentarian, should take responsibility for his "inadmissible" allegations. "I hope that justice will be served before he suffers defeat in the elections," Mariani added.

This is not the first time that a delegation of French lawmakers has visited Russia’s southern Crimea peninsula. A French delegation visited the region for the first time last summer where they met with government officials and residents of the region, which voted overwhelmingly to rejoin Russia in a March 2014 referendum.